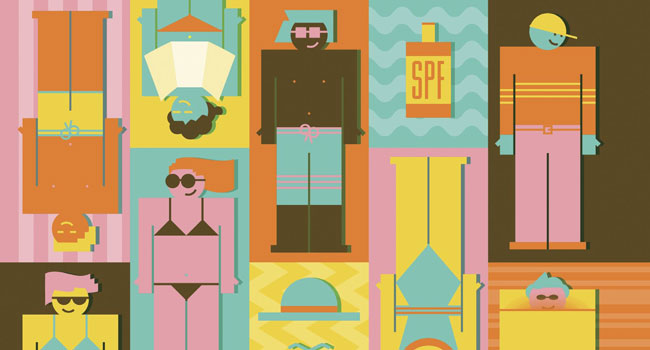 When the 19-year-old girl walked into the office of Ann Haas, M.D. with “something on her shoulder” earlier this year, the last thing she expected to walk out with was a life-changing skin cancer diagnosis. Fright, heartbreak and shock are only a few of the words to describe her emotions, all equally matched by confusion.

Across the United States, the trend in skin cancer is that it’s being diagnosed more often, and in younger people. Last year, acting U.S. Surgeon General Boris Lushniak called it a “major public health problem that requires immediate action.” Looking at the facts, the concern is well founded:

• Each year, more than 2 million new cases of skin cancer are diagnosed—more than the combined incidence of cancers of the breast, prostate, lung and colon.

• During the past three decades, more people have had skin cancer than all other cancers combined.

• The incidence of squamous cell carcinoma has increased 200 percent over the past three decades.

• Nearly 9,000 people die from skin cancer every year. That’s one person every hour. In California, where we get a lot more sunshine, more than 9,000 new cases of melanoma (one of the more life-threatening skin cancers) are diagnosed each year, and two people die from it every day.

“When I first started my practice 20 years ago, the chances of getting skin cancer were one in seven or eight,” says Haas, a dermatologist and Mohs surgeon (a type of skin cancer surgeon) with Sutter Medical Group. “Today, estimates are one in five. That’s horrendous when you think about it.”

Sacramento’s dermatologists are seeing the national trend reflected locally. No health organizations track regional statistics, but both Haas and Mohs surgeon Summer Youker, M.D. say they are seeing more patients than in the past, and specifically more young patients. It’s not uncommon for people in their 50s and 60s to be diagnosed, but the number of patients in their 20s, 30s and 40s is growing.

The most common forms, in order, are basal cell carcinoma, squamous cell carcinoma and melanoma. Of the three, melanoma is the most deadly. Basal cell carcinoma is rarely life threatening, but it can be disfiguring, requiring removal of portions of ears, noses, lips, etc. It can also kill “by direct extension,” as it can invade deeply into the body and erode bone. If it gets into an area that is inaccessible to surgery, such as the brain, it is usually fatal. Squamous cell carcinoma is considered more dangerous because it is more likely to metastasize (spread from the original cancer site into other parts of the body—including organs—and grow). It frequently spreads to the lymph nodes or lungs first.

There’s no single explanation for the rise in these cancers. Certainly, the aging boomer generation and the fact that Americans are spending more time outside account for some of the increase. But indoor tanning is in the spotlight. As the surgeon general put it in The Washington Post, “The facts are that indoor tanning is a source of ultraviolet radiation, period. Ultraviolet radiation is a known carcinogen, period.”

“All the women in my practice under 40 years of age who have melanoma were indoor tanners,” Haas says. “It’s horrible—they’re so shocked they have skin cancer. They had no idea indoor tanning put them at risk. The truth is there’s no such thing as a ‘healthy’ tan. Tanned skin is damaged skin.”

Of course, not all of us are indoor tanners, but that big yellow orb in the sky is a source of ultraviolet that touches us all. With “Star Wars” so prevalent in the news lately, it’s safe to say UV light is like The Force—it surrounds us, it penetrates us, and it has a dark side.

That’s not to say skin cancer is inevitable, but it is always a risk. Fortunately, there are some simple do’s and don’ts that can minimize that risk.

Do: Wear sunscreen.  Contrary to myth, sunscreen is not just for the beach or the pool. Your car windows, for example, might protect you from the UVB rays that cause burning, but they don’t protect you at all from the UVA rays most associated with cancer and wrinkling. Most dermatologists recommend wearing sunscreen on your face, neck, chest and arms every day.

Do: Wear the right kind of sunscreen.  Buy something with UVA and UVB protection, or something that promises “broad spectrum” protection. If the label doesn’t say that, then it isn’t protective. And no matter what you buy, don’t be misled by claims of “all-day protection” or a high SPF (sun protection factor).

“Not matter what the bottle says, reapply sunscreen every two hours, or after swimming or exercising,” Youker says. “And remember that the SPF only has to do with preventing sunburn from UVB rays. You’ll get the best bang for your buck with an SPF of 30 to 45. Anything less may not be protective, and anything more isn’t really giving you that much more protection.”

Don’t: Be stingy when it comes to using sunscreen, especially if it’s in a spray can.  On average, for a lotion or cream sunscreen, you’ll want to use about a shot glass full on your body before going out. There’s nothing wrong with using a spray, but simply spraying on a fine mist is not enough. Most people make the mistake of applying too little. Spray it on thick, then really rub it in.

Do: Remember that as important as sunscreen is, it’s not enough by itself.  Seek shade, or bring it with you. One of the biggest American myths, according to Haas, is that sunscreen or a big shady hat are good substitutes for one another.

“It’s sunscreen and a hat, not ‘or,’” Haas says. “And sunglasses to protect your eyes and eyelids, and lip block, and an umbrella or sun shade. A baseball cap isn’t enough, either—it’s basically the men’s version of a hair barrette. You need a hat that shades your whole head, neck and ears.”

Don’t: Expose yourself to sunlight in the middle of the day if you can avoid it.  There may be no such thing as “safe” UV radiation, but during the hours between 10 a.m. and 2 p.m., especially here in Sacramento, the sunlight is at its most intense. Those are the hours to stay indoors or in the shade, so try to plan your gardening, exercise or other outdoor activities around them.

Do: Cover up.  Long sleeves may not be fashionable in summer, but because we get sunshine in Sacramento almost year-round, blocking those UV rays is a daily requirement. It doesn’t just protect against cancer: It protects against wrinkles and sunspots, too.

Don’t: Assume you’re immune if you have darker skin. You’re not.  Data from the Centers for Disease Control show that people with light skin have the highest skin cancer rates, about five to six times greater than all other skin types, but there is no race or color that has a skin cancer rate of zero. And while cancer rates among blacks and Hispanics are lower, darker skin can still be damaged by the sun, leading to wrinkles and hyperpigmentation (patches of skin darker than the surrounding areas). There are also some sun-related skin diseases that occur almost exclusively in darker-skinned people. Everyone needs to protect their skin.

Do: Check yourself out.  Like most other cancers, if skin cancer is caught early, it can be treated without any meaningful impact on life expectancy. If there’s one “good” thing about skin cancer, it’s that it’s one of the only cancers you can see, so early discovery and treatment are much more likely.

“If you have a mole that doesn’t change, it’s fine, but keep an eye on it and take photos for comparison,” Youker says. “If it changes, even after 10 years, that’s not normal. Melanoma never stays the same, and the carcinomas are easy for dermatologists to pick up. If something doesn’t look right, and doesn’t improve on its own after eight to 10 weeks, have a dermatologist look at it.”

Don’t: Fall for any myths about vitamin D.  Vitamin D is an important nutrient—it plays a critical role in bone health. And while sunlight is a source of vitamin D, there is more than enough vitamin D in a healthy diet to ensure our bones get what they need. Most of the milk in grocery stores is vitamin D fortified, as are many yogurts, juices and cereals. Fatty fish, like salmon, is a good natural source, as are egg yolks and some pork products. For anyone still unconvinced, or a vegan, you can also buy vitamin D supplements.

There are some papers out there, primarily from the indoor tanning industry, that suggest vitamin D benefits more than just bone health, but the jury is really still out on that,” Haas says. “The only thing science is sure of is that vitamin D promotes bone health, and you can get all the vitamin D you need for bone health from food or supplements. Increasing your UV exposure simply for the ‘benefits’ of vitamin D is really only increasing your risk.”

Finally, do see a dermatologist regularly if you have fair complexion, have lots of moles, have had lots of sun exposure or have used indoor tanning equipment. It’s especially important if you have changing or symptomatic spots. (See the American Academy of Dermatology’s website aad.org for the “ABCDEs” on this.) It’s no different from seeing your dentist twice a year or going for an annual physical with your doctor; it’s just part of ensuring overall health and wellness. There is, unfortunately, no way to eliminate skin cancer risk. Family genetics and the imperfect nature of our human bodies can deal a poor hand to anyone.

“The most important thing is making people aware that there are things they can do to minimize their risk,” Youker says. “That’s beginning to happen now, in the wake of the surgeon general’s call to action. The more we can spread that information, the more we can do to reverse the skin cancer trend.”

CAN SUNSCREEN BE DANGEROUS?

For some time now, there have been rumors and concerns that the ingredients in sunscreen itself, particularly oxybenzone (a UV filter) and retinyl palmitate (a form of vitamin A) might cause or spread cancer. As with any questions of public health, the best advice is to check with the independent experts, in this case the Skin Cancer Foundation, which is unequivocal in its answer: There is no evidence that these ingredients cause cancer or other adverse health effects.

That said, some people may be allergic to some kinds of sunscreen, which give them a mild rash or skin irritation. Usually it’s the fragrances or other components added to the sunscreen to make it more “elegant,” but sometimes it can be the UV blockers themselves that cause an irritation. There are special sunscreens available for these individuals, however. (Vanicream is one example.) Ask your dermatologist for recommendations.

Beyond that, far and away the most common complaint about sunscreens is people don’t like the way they feel. They’re too sticky, too greasy, too oily, too thick, etc. The simple advice from dermatologists is to keep trying different types until you find one you like.

“I tell people they need to like how their sunscreen feels, because if they like it, they’ll use it,” says Ann Haas, M.D.

For more information, visit the Skin Cancer Foundation at skincancer.org