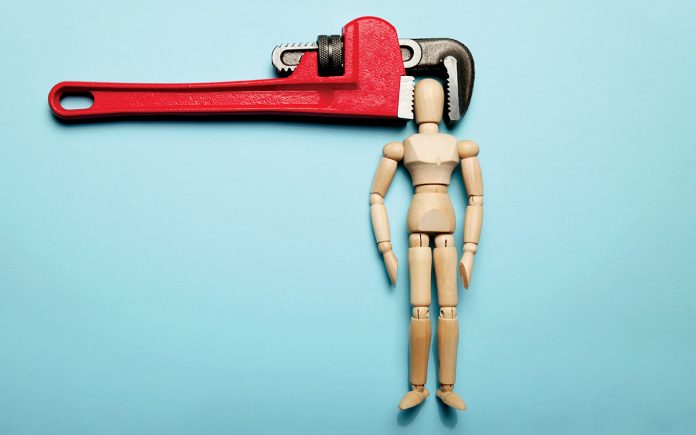 Finding relief from migraines tends to be migraine-inducing itself—a long and winding tale of trial and error.

One migraine sufferer interviewed for this story tried some 35 different treatments before finding something that works. Another whose migraines started when he was a child—he remembers his mom crushing up Tylenol in his water when he was 4 or 5—went undiagnosed until age 27, enduring years of misery in between.

That’s the bad news. Here’s the good: As frustrating as it is to be one of the more than 39 million Americans affected by migraines, revolutionary new treatments—especially in the area of prevention—are changing lives.

More Than “Just a Headache”

But first things first: Don’t confuse a migraine with a headache. Migraine is a major disabling neurological disease, according to the American Migraine Foundation.

“The thing that irritates people the most is when they tell someone they get migraines and the response is, ‘Oh, I get headaches, too,’” says David Chesak, M.D., FAAN, a neurologist for Sutter Health in Sacramento who subspecializes in neuroimmunology and headache medicine. “Migraines are a syndrome, affecting the entire body.”

A couple of aspirin will not do the trick.

Symptomology is all over the map. In addition to head pain, which often manifests as one-sided pulsing or throbbing, migraine symptoms may include nausea, vomiting, sensory sensitivity (to light, sound, smell, heat/cold), changes in appetite, diarrhea, lethargy, cognitive disturbances and more. Some migraine sufferers also experience aura, which typically affects vision (such as flashes of light) but can also include bodily tingling or numbness, difficulty speaking and a host of other symptoms. Given their intensity, multifactorial tendencies and staying power (they generally last anywhere from 4 to 72 hours), migraines are often debilitating, making everyday tasks tough to impossible.

That’s why effective treatments are so critical. But breakthroughs in migraine medicine have been slow to happen, say experts, frustrating doctors as much as patients.

Chesak still remembers the excitement around the rollout of the triptans, a family of fast-acting migraine drugs, in the ’90s. For many, they were a godsend, a gateway to daily functioning.

“Prior to the triptans, if you woke up with a migraine, you wouldn’t go to work,” says Chesak, himself a migraine sufferer. But with triptans, he says, relief usually comes within two hours. Chesak remembers times he would “take a triptan at lunch and take a nap in my car, and then go back to work.”

But triptans have their limitations. Adverse side effects are common, and when overused, rebound headaches can result. When Botox (botulinum toxin) was FDA approved in 2010 for treatment of chronic migraine, it offered an effective alternative for many, well-tolerated by most and shown to reduce frequency and severity of attacks. But not everyone qualifies for Botox treatment, prescribed specifically for chronic migraines (15 or more a month), and not everyone is crazy about getting 31 needles in their head and neck every three months.

In 2018, a new era of treatment was ushered in when the FDA approved the first-ever medications specifically designed for the prevention of migraines. Now widely prescribed, this new class of drugs works by blocking calcitonin gene-related peptide, or CGRP, a protein that spikes during a migraine.

“I’ve been treating migraine patients for 30 years, and lo and behold it took 30 years to find something effective, safe and practical to use,” says neurologist Marc Lenaerts, M.D., a headache medicine specialist, director of outpatient neurology and professor of clinical neurology at UC Davis. “It is revolutionary.”

There are four CGRP inhibitors currently approved for the preventive treatment of migraine: Aimovig, Ajovy, Emgality and Vyepti. Also known as “the injectables,” all are self-injected excepting Vyepti, an infusion delivered every three months by a health care provider.

Both Lenaerts and Chesak report good results with these new meds. In his experience, Chesak says, most patients average 50 percent fewer migraines a month. Data from clinical trials show similar results. Lenaerts adds that patients also experience a reduction of other migraine-related symptoms, such as nausea. Though CGRP drugs are potent vasodilators, raising some concerns for cardiovascular risks, side effects are limited, says Lenaerts. “It’s a very precise medication with very low side effects,” he says.

But not all patients can access these new medications, largely because of cost. CGRP inhibitors are more expensive than traditional migraine medications, putting them out of reach for both uninsured and insured patients. “If the old, less expensive medications are still working for the patient, insurance companies don’t want to cover it,” says Lenaerts.

Other times, patients choose not to use the new meds because they’re comfortable with the old ones. “If they’re using something that works,” Chesak says, “they don’t always want to switch and use a new drug that hasn’t been as well-studied.”

And then there are those who’ve tried ’em all and had better luck with other things, like Sharon.

A daily migraine sufferer for nearly three years, Sharon (not her real name; she spoke on condition of anonymity) counts the new injectables among the approximately 35 different treatments she’s tried in her quest for relief. Unfortunately, they didn’t work—at least not for long. “Emgality gave me great relief for a week and a half after I took my first dose,” she says. But that was it. The others, she says, had “zero effect.”

A midtowner in her mid-30s, Sharon says she “really didn’t know anything” about migraines when hers first started, out of nowhere, in December 2018. Dizziness was the first symptom, but once the head pain kicked in, “it just kept getting progressively worse. It was very painful, and very debilitating.” Her search for help included three neurologists, several holistic practitioners and a lot of tenacity. “I tried all the new medicines [injectables], low-dose Botox, rescue meds like Imitrex [a triptan], a bunch of different infusions, acupuncture, craniosacral therapy, dietary changes, you name it,” she says. Though complete relief still eludes her, Sharon says she’s recently found improvement by bumping up her Botox dosage. “I still unfortunately get a migraine every day,” she says. “But I would say the Botox reduces the severity by about 50 percent.”

But Botox, she says, is not enough. Like many migraine patients, Sharon has found better success by combining conventional and holistic practices, uniquely tailored. In addition to her quarterly Botox shots, she’s identified her food triggers—a common culprit for migraine sufferers—and works hard to avoid them. Triggers can come from oddball places, she notes. “I have triggers nobody’s even heard of, like cinnamon,” she says. She’s also begun practicing deep breathing and meditation.

Being a premenopausal female automatically makes her a ripe candidate for migraines—they’re three times more common in women than men, especially during the reproductive years. (Hormones play a role.) Sharon believes stress is also a factor. At the time her migraines began, she says, many stressors were at play. “I was looking for work, and a family member was not doing well,” she says. “It seems there’s a big correlation with the stressors in my life.” Sharon is currently looking for work again, which drove her decision to go on record anonymously. “Migraineurs shouldn’t have to fear discrimination when it comes to employment,” she says. “But unfortunately, there is just too much stigma surrounding migraines.”

For Kyle Temple, 37, the search for migraine help has been a lifelong quest, complicated for years by a lack of diagnosis. “It wasn’t labeled or treated when I was young,” says Temple, who grew up in the Auburn area and now lives in Sacramento. He remembers having head pain as far back as his crib days. “I would rub off my left eyebrow with a pacifier,” he says. “I was in pain. It wasn’t OCD.” At 27, so debilitated by migraines he couldn’t hold down a job or maintain a relationship, Temple fought for a diagnosis and finally got one: Chiari malformation, a structural abnormality in which part of the skull is small or misshapen, putting pressure on the brain.

Surgery helped. But for greater relief, Temple needed more. Like Sharon, he’s found a combination of approaches useful, including Botox, Verapamil (a blood pressure drug used off-label for migraine prevention), acupuncture and avoiding dietary triggers. “At 37, I’m learning that eggs and oranges can trigger my headaches,” he says. Alcohol is also a no-no.

It’s been a long road. But after years of frustration in the medical maze, Temple says he’s getting help from his current neurologist—and finding new ways to help himself. Managing his migraines, he says, “is the biggest job I’ve ever had to do.”

New migraine treatments continue to surface. There are cool new technological tools such as vagus and trigeminal nerve stimulators, available by prescription and used easily at home. Other nonpharmacologic therapies shown beneficial in some studies include aerobic exercise, biofeedback and supplements such as magnesium, riboflavin and feverfew. (Chesak mentions an over-the-counter supplement, MigreLief, containing those three ingredients.) Even just reducing computer time and lowering the light on your digital devices can help, says Lenaerts.

With this dizzying array of treatment options and the arduous path to finding what works, it’s no wonder migraine patients have migraines. But as Sharon says, “There is hope. You gotta keep going until you find something that works. If I can get help, others can.”