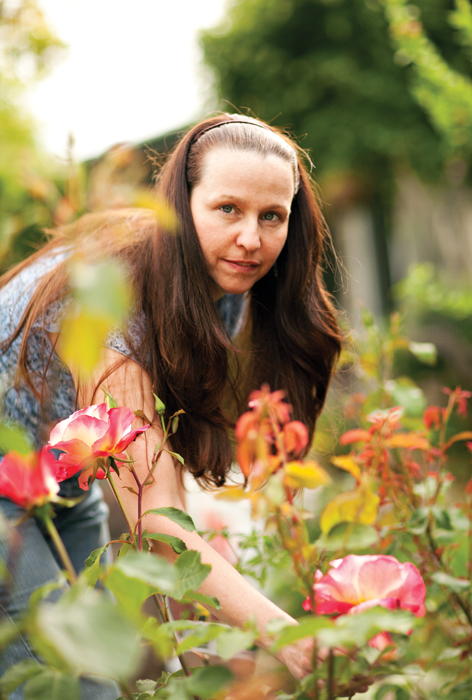 If you’re a migraine sufferer, you’re in good company, though company is probably the last thing you want when you’re in the throes of one.
Elvis Presley, Joan of Arc and Tchaikovsky are just a few of the famous folks said to have had these surprisingly common headaches from hell, which affect one in four American households. Though science still doesn’t have all the answers, we do know this: They’re painful, often debilitating, and are known to send people straight to bed with the shades drawn, sometimes for days at a time. While a typical migraine lasts about 24 hours,it can range anywhere from four hours to three days, according to the American Migraine Foundation.
If that sounds like an awfully long time to have a headache, here’s why: It’s more than that. Migraines are often multi-phased attacks, with pre-and post-headache symptoms such as fatigue, neck pain, sinus pressure and mood changes. One-third of sufferers experience an “aura” phase with visual disturbances (seeing flashing lights is common) or tingling of the face and hands. And then there’s the headache itself, often accompanied by an array of other symptoms—nausea, vomiting and sensitivity to light or sound, to name a few.
Think of it as a symphony with several movements, all of them dissonant.
So what can you do about them? That’s the $6 million question.

Talk to a few migraine sufferers, and a theme quickly appears: You gotta kiss a lot of toads before you find the prince.
For local teacher Peia Edgerly, the experiment began with prescription drugs, which in some cases made her feel worse. “Two extra-strength Excedrin and a cup of coffee would work better than what the doctors gave me,” she says. Acupuncture not only didn’t
work, but brought on a three-day migraine, she says. Feverfew (an herb) didn’t work, either. When friends suggested she take a look at her diet, she started a food diary and whoa! The patterns popped up: Wheat, corn, orange juice, nitrates and MSG all seemed to be culprits. She cut them out and found relief.
But that was only a partial fix, because food wasn’t the only factor. Hormones also played a role, with migraines kicking in with the arrival of her monthly cycle, usually on Day 1 of her period. Those, Edgerly says, were the worst, complete with nausea and vomiting. (The food-related migraines, she says, were justpure pain.) The good news: Edgerly recently hit menopause and hasn’t had a migraine since. “So far, 2011 has been migraine-free,” reports the Rancho Cordova resident.
Edgerly’s story is not uncommon: The so-called “menstrual migraine” is a well-known phenomenon, says neurologist Eric Hassid, M.D., founder and medical director of the Institute for Restorative Health in Davis and a Sutter Independent Provider. It’s the fluctuations in estrogen and progesterone during menses, he says, that are thought to be responsible.
Hormones, diet, environment, stress and quality of sleep are just some of the factors that may be associated with migraines, says Hassid, who emphasizes the importance of getting to the “triggers.”
“The question is, ‘What is the trigger?’” says Hassid. “It’s variable. We’re not all built the same.”
While prescription medicines and over-the counter NSAIDs (aspirin, ibuprofen) can stop a migraine in its tracks, Hassid believes an integrative, holistic approach is best, and would rather try lifestyle changes (which are aimed at prevention) before bowing to the pharmacy gods.

Also big on a personalized, multidisciplinary approach is neurologist and headache medicine specialist Marc Lenaerts, M.D., F.A.H.S., of Mercy Medical Group. Getting to the bottom of things, he says, means looking at environmental, emotional and lifestyle factors and “really dissecting the symptoms in terms of timeframe and co-occurrence with exposure to stimuli. When do you get them? What exacerbates them? What makes them better?” The idea, he says, is to try to “tease out the triggers” so patients can learn to avoid them, stopping headaches before they start.
Another piece of the puzzle: mental health. Not infrequently, says Lenaerts, helping a migraine patient means sending them to a psychologist or psychiatrist. “Depression and anxiety commonly co-occur with migraines, or can act as exacerbators,” he says. The current economic climate hasn’t helped any, he adds. “The financial difficulties of the last two years are known to be involved in the chronification of migraines,” says Lenaerts. “Financial and psychological stressors play a role in headaches, no doubt.”

Prevention, all agree, is the ultimate goal—just one of the reasons many are stoked by the recent FDA approval of Botox for prevention of chronic migraines. Typical treatment involves multiple injections around the head and neck, approximately every 12 weeks.
Hassid, who has been using Botox with migraine patients for more than 10 years, says it’s beneficial for many patients. “There’s a good chance 60 percent will see improvement,” he says. Mercy’s Lenaerts has seen similarly promising results. And, yes, insurance will sometimes cover it.
Whatever treatment you choose, give it time—at least two to three months, advises Hassid. “I think we all want a quick fix,” he says. “But if the problem didn’t happen overnight, it’s not going to go away overnight, either.” Getting Virtual at UC Davis—Who needs humans? At the UC Davis Center for Virtual Care, simulation mannequins named “Stan” and “Morgan” blink, breathe, speak and have a heartbeat, allowing medical students to practice CPR, catheterizations and other procedures without torturing real people. The cutting-edge center was recently accredited as a Comprehensive Education Institute by the American College of Surgeons.

Hey Guys, Let’s Talk About Sex (Do We Have Your Attention Now?)
Sex and romance are among the key topics of sacramentomenshealth.com, a local blog providing reader-friendly fodder for fellas. The blog’s creator, Douglas DeSalles, M.D., is owner/operator of the Sacramento Doctors’ Clinic for Men, providing treatment for erectile dysfunction and other sexual health issues. Recent posts: “America’s Sexual Revolution,” “Beer Is Proof God Loves Us” and “Medical Marijuana Sales Reach a New ‘High.’”