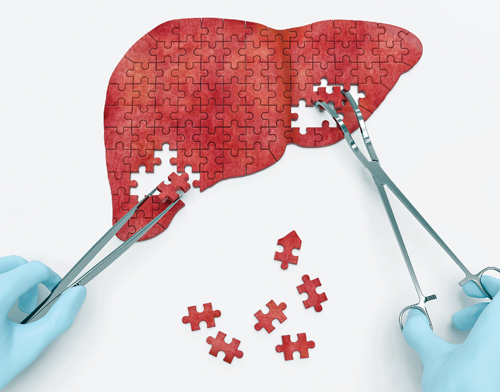 During the fall of 2017, while wildfires were raging throughout the state, another disaster was quietly unfolding. One of the largest hepatitis A outbreaks in decades was taking place, mostly in San Diego, Santa Cruz and Los Angeles counties. Gov. Jerry Brown declared a state of emergency in an attempt to stop the spread of the virus. Here in Sacramento, policymakers are trying to avoid a similar fate. So to help make sense of what has happened, what’s been done and how to stay safe, here is a list of questions you might want to know the answers to.

WHAT EXACTLY HAPPENED? Worldwide, hepatitis results in more than 1 million deaths a year, but here in the States, hepatitis A is not usually a major public health concern. In previous years, San Diego County, for example, had an average of 28 cases a year.

However, in 2017, those numbers spiked. As of Nov. 3, according to the California Department of Public Health, 644 people had contracted the disease, with 21 fatalities. Most cases have been among people who are homeless and/or intravenous drug users, who tend to live communally, often sharing food and utensils, without access to proper sanitation.

WHAT IS HEPATITIS AND HOW IS HEP A DIFFERENT FROM OTHER LETTERS OF THE ALPHABET? Hepatitis is simply an inflammation of the liver. It may be caused by drugs, alcohol use or certain medical conditions, but in most cases, it’s caused by a virus. There are five main types, known as A, B, C, D and E. B and C are commonly spread through infected blood, such as with needle sharing. Hep D is a bit of an outlier, as it only affects people who already have B. Hep E is usually acquired by travelers to countries outside the United States. That leaves hep A, which is at the heart of this story.

HOW SERIOUS IS HEPATITIS A? Its symptoms, which may include fever, malaise and loss of appetite, are often mild, which is one of the reasons it can spread quickly. People infect others while going about their business. But sometimes, hepatitis A is deadly serious. Twenty-eight years ago, it damn near killed me.

I was at a family gathering with my college girlfriend when I began feeling wobbly. She looked at me as if I were an alien and said, “Aaron . . . your eyes are yellow.” What happened next is a blur and still makes me shudder. By the time I got to the hospital, my liver was teetering on total shutdown. The only solution for that is a transplant, so my medical team began looking for a spare. Meanwhile, the doctors warned my parents to prevent me from falling asleep, so my dad kept me awake into the wee hours by asking me questions from a deck of Trivial Pursuit cards until the worst danger subsided. Luckily, I avoided liver extremis, but the recovery seemed to last an eternity.

For months afterward, I barely had the strength to stand. I was continuously faint and nauseated. I lost 40 pounds and maintained that freakish jaundiced complexion because of the excess of bilirubin (a waste material normally processed by a healthy liver) in my bloodstream.

But the worst part was the itching.

Oh God, the itching. Oceans of itching. The same chemical that turns the skin yellow also aggravates it. Over my entire body, no amount of scratching would ever alleviate the overwhelming desire to scratch further. It was maddening. I’d scratch my arms and feet until I bled without even realizing it. For about six months, I experienced ruthlessly continuous bodily distress. My only solace was knowing some people in the world had worse diseases. Eventually, the itching went away, but for the rest of my days, I can no longer donate blood, because I’m technically still a carrier. I’m forever tainted by that horrible virus.

Pardon me for that personal discursion. This is still a public health story. But the point is this is more than a set of epidemiological statistics or something that just happens to people on the edge of society. It’s suffering that should be avoided at all cost. I went through that gantlet with the benefit of a home, a supportive family and health insurance. I cannot imagine how much worse it would have been if I’d been deprived of all three. So where was I? Oh, yes, the list….

HOW DOES ONE ACQUIRE A HEPATITIS A INFECTION? Ahem, you’re not going to like this, but I’m afraid you will have to get used to the term “fecal-oral delivery.” It’s exactly what it sounds like. Hepatitis A is highly contagious and can spread from person to person in many diferent settings, but the source of the virus is fecal matter of an infected person, and if they don’t wash their hands thoroughly after doing their business, they can transfer tiny amounts to a door handle, an ATM button or anything else they touch. Other people who touch the same objects and fail to wash their hands before eating, smoking or touching their mouth can become infected as well. However, it usually spreads through contaminated food or water. It can also be spread in day care centers if employees aren’t careful about washing hands after changing diapers.

WHAT ARE THE PEOPLE IN CHARGE DOING ABOUT IT? The city is working on the sanitation issue. Like many other cities, Sacramento has long lacked bathroom access for homeless people. Many use the bathrooms in Old Sacramento and Central Library, but they are not open 24/7. According to Councilman Steve Hansen, one of the biggest challenges is how quickly public facilities get utterly trashed. “There was an incident in the McKinley Park bathroom where someone clogged the pipes with a huge number of used syringes,” says Hansen. “There was great concern over how to fix the problem without putting workers in danger.” However, there are some innovative ways people are finding to rectify the problem.

One is the Portland Loo. It’s a simple, sturdy flush-toilet kiosk that’s free to the public and accessible around the clock. Portland police, fire department and maintenance crews worked together to engineer a public-use toilet that could be easily cleaned and maintained while also preventing crime. The Loo is coated in anti-grafftii powder. To provide privacy but discourage loitering, the exterior features angled louvers that allow viewing of the interior floor and ceiling but never expose more than the occupant’s feet. Blue lighting makes it difficult for heroin users to locate their veins and inject drugs at night. The Loo is made from stainless steel but engineered to be light enough for easy transport and installation. It is large enough to be handicap accessible and hold a stroller or bike for the occupant. The Loo doesn’t include a sink, but a hand-washing station may be placed outside. Each Loo costs nearly $90,000. Hansen says the city is considering investing in one or two, with Cesar Chavez Plaza being one possible location.

Another approach that’s been successfully implemented in Santa Cruz is paying businesses to allow noncustomers to use their restroom. “It allows business owners to get reimbursed for doing something they already do,” says Hansen. And interestingly, vandalism seems to be less of a problem. “If it’s a public facility, they’ll tear the sink out. But for whatever reason, people tend to be more respectful of businesses.” Hansen says the city is looking at using that novel approach to provide about 20 public-bathroom locations in the central city.

Sacramento County public health officials are working on the vaccination and education component. They are focusing their efforts on homeless people and drug users, but this strategy also serves to keep everyone safe. “The basic philosophy of a public health program,” says county spokeswoman Samantha Mott, “is that the general public is best protected from infectious disease when prevention and treatment information and resources are made available to those most at risk.”

Vaccinating people who have no address and who reflexively avoid the authorities is a challenge made all the more daunting by the fact that to be fully effective, the hepatitis A vaccine must be given twice—with the doses at least six months apart. However, since the governor’s announcement of a public health emergency, Sacramento County has provided two vaccination clinics, supplying both hepatitis A and flu vaccines.

HOW CONCERNED SHOULD I BE? The number of cases in Sacramento remains relatively low, and roughly 70 percent of those cases are people in those aforementioned risk groups. For now, remain vigilant and wash your hands thoroughly.

SHOULD I GET VACCINATED? The vaccine became available in 1995, and although the Centers for Disease Control and Prevention now recommend that all children get immunized, most adults today are old enough to have missed that first wave of inoculations. The vaccine is sometimes recommended for travelers to certain countries, and for people with jobs that place them at higher risk, such as health care workers, homeless service providers, sanitation workers and first responders. Unless you’ve got very unique and rare allergies, there’s no harm in your getting vaccinated.

CAN I GET HEPATITIS A FROM THE RIVER? Because potentially infected people live along the river under less than sanitary conditions, it’s reasonable to wonder whether that affects river safety. Down south, there has been much wild speculation about the infection traveling on the San Diego River. San Diego County recently said in a statement, “The epidemiological data of San Diego’s hepatitis A outbreak indicates that this outbreak is being spread by person-to-person transmission and that water bodies, such as rivers, have not been a source in the initial infection or continued transmission.” So as long as you’re not drinking water from the river, which is never a good idea, you’re probably fine.

A Weight Off Their Chests