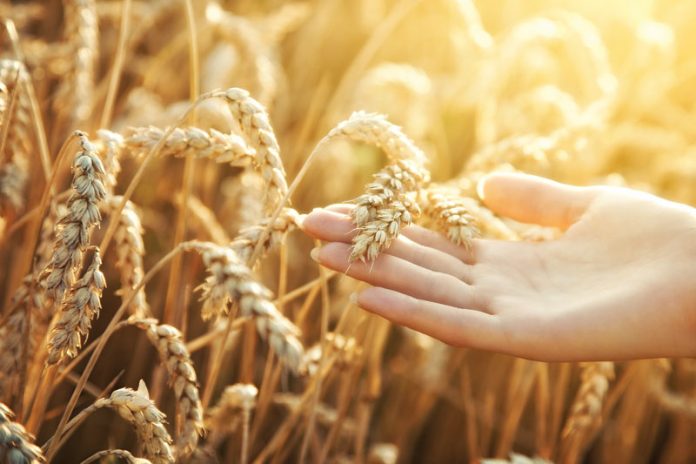 On a Saturday afternoon in a church fellowship hall in Davis, a small group of women are seated around a table. Stacked in the center of the table is a mountainous pile of food products, including crackers, cookies, baking mixes, cereals and chocolate bars. The items have one thing in common: They all are gluten-free.

So are the women.

Welcome to the Davis support group meeting of the Celiac Sprue Association, part of the Sacramento Area Chapter #24, which serves El Dorado, Placer, Sacramento and Yolo counties. Though only seven people gathered for this particular Davis meeting, about 50 regularly show up for support sessions around the region and more than 600 have signed up for e-mail alerts for local activities, according to chapter chair Diane Craig.

Sitting in with the Davis group, whose members shared their stories on condition of anonymity, was an eye-opener for someone who pretty much lives to eat and does so with reckless abandon, partaking of whatever I want, whenever I want, often to excess and generally without incident. Their sagas of being sickened by foods that appeared to be in the no-worry zone (one member recounted the perils of eating mayonnaise that was labeled “gluten-free”) and the endless cross-examining of food labels (and food itself) for possible contaminating culprits immediately made one fact abundantly clear: Living gluten-free is one gargantuan gastronomical challenge.

This is not fun, and it’s not a fad. Celiac disease is a bona fide medical condition, described on the csaceliacs.org website as a genetically linked disease with an environmental trigger. The short story: When people with CD eat gluten—found in wheat, rye, barley and (to a lesser extent) oats—an autoimmune response causes damage to the small intestine, interfering with nutrient absorption and kicking off any number of symptoms, commonly abdominal pain and bloating, and diarrhea.

Shades of Gray
But—and this was repeated so many times that it can’t be emphasized enough—not everyone who has gluten issues has celiac disease, and not everyone has the aforementioned “classic” symptoms. In fact, some have no symptoms at all.

This gluten thing is tricky business, it turns out, with many shades of gray.

A call to Charles Halsted, M.D., helps to clarify things. Halsted, a UC Davis internist with a subspecialty in gastroenterology, is mentioned frequently at the meeting, and with good reason: He’s been treating celiac patients for more than 30 years. He also happens to be the medical consultant to CSA’s Sacramento Chapter.

Halsted knows the public is confused about gluten and has tried to simplify it by breaking it down into three categories: the wheat-allergic; the wheat-intolerant; and those with celiac disease. The confusion, he says, lies partly in the fact that the symptoms for all three conditions (typically tummy upset and diarrhea) are often the same. “A lot of patients come in convinced they have celiac disease, but don’t,” says Halsted. For all three issues, relief comes in the same way: a gluten-free diet.

If there’s one thing he wants to get across, says Halsted, it is this: Celiac disease is a genetic disorder, and diagnosis requires specific testing. Testing is more sophisticated than it used to be, he says, because there now are blood tests that identify for higher-than-normal levels of specific antibodies, an indicator that the body may be recognizing gluten as a foreign substance. A blood test also can determine whether the specific gene for celiac is present. To confirm the diagnosis, a biopsy of the upper intestinal tissue (via endoscopy) is usually the next step.

Testing and diagnosis is a hot-button subject among the Davis group. One member demurred from an interview request “because I’m not a medically diagnosed celiac.” Another made a point of explaining that she was never tested in the conventional way. Instead she sent a stool specimen to a lab in Texas, paying out-of-pocket because “at the time, I didn’t really know of a gastroenterologist who tested for celiac.”

Yes, there is Dr. Halsted. But in general, say group members, it’s not easy to find a doctor with knowledge of the gluten-challenged world. Your best bet: Find a gastroenterologist who knows the score—or, perhaps, consult a holistic practitioner.

What You Should Know
OK, so now that you know that celiac is a real disease, that testing is available and diagnosis is considered important, that not everyone with gluten issues has celiac disease, and that finding medical care can be tough, what else do you need to know?

• Atypical symptoms are not un-common. One woman spoke of skin issues and osteoporosis. Another had intermittent problems with achy bones, but was told “it’s all in your head” when she went for help. (She subsequently used an outside lab for diagnosis.) Bone pain, muscle weakness, fatigue and peripheral neuropathy were other symptoms mentioned.

• Don’t go off gluten before being tested. If you do, your test results may be bogus.

• A gluten-free diet works wonders. “A gluten-free diet is a wonderful thing,” enthuses chairperson Craig. “I’d say out of 200 people I talk to, only one would eat gluten again, because we simply feel so much better!”

• But it’s the hardest thing to do. Again and again, the song remained the same: The biggest challenge is going gluten-free. “It’s such a major lifestyle change—you have to completely change the way you’re cooking, the way you’re eating,” says one group member. It’s the little things, she says, like going to a restaurant, ordering a salad and forgetting to say “hold the croutons.”