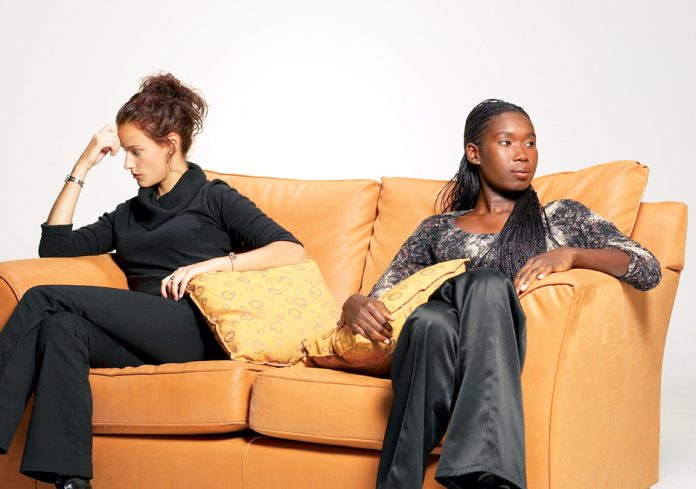 It’s as much a part of womanhood as Oprah and chocolate, albeit not nearly as pleasant: the breakup of a friendship. On the devastation scale, it can rank right up there with losing your lover&emdash;except worse, because there’s no one to commiserate with you over a pint of Ben & Jerry’s. The person you’d be commiserating with won’t speak to you.

Thirty-six-year-old Ellen, an elementary-school teacher from midtown Sacramento, lost a close friend a few years ago and is still reeling from the breakup.

Unfortunately, I caused it&emdash;over a guy&emdash;and I really felt bad, she says. I was dating someone and suspected he was being unfaithful. My friend knew what was going on but didn’t want to get involved because her husband and the man I was seeing were friends. I kept pressing her for details until finally she said, â€˜Ellen, I can’t keep being put in the middle.’ She was tired of the chaos.

Ellen, who felt betrayed (I wanted her to make posters saying she hated him!), stopped hearing from her friend. No more snowboarding trips together, no more late-night chats.

I tried to make amends with her, but she never returned my phone calls. It was devastating. Every time I hear about her, my heart hurts.

Cathy Cassinos-Carr, a 48-year-old freelance writer from Sacramento, also was dumped by a woman she considered a close friend.

It was a deep friendship in which we shared all the intimate details of our lives and had the same wacky sense of humor, Cassinos-Carr says. I felt like our friendship was special, that I was the only one who understood her. Geographically, we were both bumping around, but we always wrote and called. Our friendship lasted almost 20 years.

One day, the friend informed Cassinos-Carr over the phone that she had decided to excommunicate her.

I didn’t see it coming. I was completely stunned, she says. She told me it seemed to her that the only time I contacted her was to talk about my boyfriend. I remember becoming defensive; I didn’t think that was 100 percent accurate. But she was adamant. She said, â€˜I won’t be calling you again, and I’d appreciate it if you wouldn’t call me.’ I remember hanging up and feeling shellshocked, all trembling and upset.

Then I started reflecting on it. Maybe she was right. I felt bad that I could be that self-centered; I didn’t like to think of myself that way. I sent her a card to apologize and extend the olive branch, but I never heard from her again.

While being on the receiving end of a breakup can be excruciating, initiating one comes with its own baggage. Just ask Janice, a 36-year-old stay-at-home mother of three from Elk Grove.

We were both home from work on maternity leave, and she lived down the street. We spent every waking moment together because we were in the same boat, Janice says of her ex-friend. But she had a superiority complex. She looked down on people she didn’t consider as well-educated as she was, and she treated clerks, waiters and waitresses horribly. I decided life’s too short, and if I’m going to associate with someone like that, then I’m just as guilty. I just stopped returning her phone calls or told her I was busy. I think she got the hint.

Friendship is like dating. You really have to go into it slowly because you need time to figure out if that person has the same morals and values as you do.

To complicate matters, women’s breakups often are riddled with confusion. Unlike with a romantic split, there’s usually little outpouring of sympathy from friends and family, and there’s no script for how the relationship should end. (It’s not you, it’s me just doesn’t seem to cut it.)

In fact, there’s a script against it, says Victoria Seeley, a marriage and family therapist in midtown. If you’re being a good girl or the perfect woman, this shouldn’t happen. And of course it does.

Relationship experts note that women’s breakups fall into two categories, which Seeley labels benign and malignant. Like the name suggests, a benign breakup generally doesn’t cause injury, and the women involved may continue to think fondly of each other despite the distance in their relationship.

Debra Moore, a Roseville- and Carmichael-based psychologist, observes, One of the top reasons [breakups occur] is that there’s a major change in one woman’s life, and the roles of the two women are now different. Another common reason is that the friendship has been neglected. It just hasn’t been cared for and watered enough.

These are not necessarily bad things, Seeley points out.

We are limited. We can only hold a certain amount of friends at a time. But we can’t hold them all, so we lovingly set some down, and they lovingly set us down. And that’s OK.

Malignant breakups, on the other hand, are more devastating because they involve injury. But there is good news: If both parties are willing to own their part of the problem and commit to correcting their behaviors, the friendship not only can last, but can become stronger.

That’s where forgiveness lies, says Cynthia Doeve, a counselor/therapist in Elk Grove. If you’ve taken ownership of your part, you ultimately have to forgive yourself&emdash;and then you can forgive others.

According to Doeve, a deep relationship can sometimes be an illusion. In fact, many experts agree that you’re not really friends until you’ve survived a fight.

What you think is deep may be based on commonalities, not resolution of conflict. Doeve says. A real friendship is actually one that can get through conflict while respecting each other’s differences.

If either party is unwilling to work on the relationship, it inevitably will end, experts say. But here’s an unsettling truth about women: We often don’t tell each other the friendship is over, choosing instead to ignore phone messages and be busy.

That kind of avoidance, Moore says, is just crazy-making.

Seeley agrees that we need to overcome our conditioned tendency to avoid conflict. Communication is essential.

Women are taught to be nice and good, not angry or upset, she says. So when [conflict] happens, they can easily deny their own experience and say, in a phony way, â€˜Everything’s OK’&emdash;when it really isn’t. We have to unlearn that and say, â€˜Wait a minute. I have a right to be angry, to say I’m upset with something you said or did.’ Then we get to talk about it.

Whether or not you talk it through, if you decide there’s nothing left to salvage, how should you bid adieu?

Be honest and straightforward, Moore advises. Say, â€˜Here’s what I’m reacting to’ and take accountability for it. Explain to the person that you are making a choice to take care of yourself.

Looking back on her experience, Cassinos-Carr says she’s grateful for her ex-pal’s honesty, painful as it was.

I think it was better for her to tell me, she says. It made me reflect on my own behavior, and there was a certain closure about it. Otherwise, I would always be wondering. I respect her for that.

Is Your Friendship in Trouble?

How To Break Up With a Friend

Here, local relationship experts provide some tips on how (and how not) to say sayonara.

DO put yourself in her shoes. The golden rule is a nice, easy guideline, says Debra Moore, a Roseville- and Carmichael-based psychologist. Be kind. Have integrity.

DON’T take the coward’s way out by not returning calls or suddenly being busy. You learn nothing about yourself when you do that, says Cynthia Doeve, a counselor/therapist in Elk Grove.

DO speak from an I standpoint. Prefacing your statements with you, you, you sounds like blaming. Doeve suggests taking this approach: I think there’s an awkwardness going on between us. I understand you have a lot of commitments, and it seems like those commitments are taking a lot of your time. I’m not sure whether the problem is your commitments or that you no longer want to pursue the friendship.

DON’T play tit for tat. If she lashes out verbally or ignores you, make your reaction based on your values, Moore advises. When our feelings are hurt or we’re stressed, we tend to lose emotional
IQ points.

DO acknowledge the good things about your soon-to-be former friendship. Says Moore, It’s always good to remind the person that there were a lot of good times, and you appreciate that.

DON’T beat yourself up. As women, we have tapes running in our heads that say, â€˜You need to do it better’ or â€˜You need to make it right.’ Our hard drive is oriented toward going back and trying to fix it&emdash;even if there’s nothing there, says Victoria Seeley, a midtown marriage and family therapist. Some things are not fixable, and that’s OK. It doesn’t mean you’re bad or that you’ve failed. If you’ve done everything you can [to save the friendship], then you need to give yourself permission to break up.

When a Friend Breaks Up With You

Whether you’ve been given the cold shoulder or confronted outright, knowing your friend wants to call it quits can be more emotionally devastating than a romantic breakup. Here’s how to cope:

DO accept the message. Don’t argue the point, and don’t pester the person, advises Debra Moore, a Roseville- and Carmichael-based psychologist.

DON’T play the victim. When you’re broken up with, it’s really helpful to own your part of it&emdash;no victims, no offenders, says Victoria Seeley, a midtown marriage and family therapist.

DO view the breakup as a time for reflection. Suggests Moore, Ask yourself, â€˜Could this be a gift? Are there things I need to look at in myself, or was this friendship really not that healthy to begin with?’

DON’T strike back. When we’re hurt, there’s a part of us that wants to hurt back, Moore says. We have to override that part of our brain and say, â€˜I’m not going to do that.’

DO grieve the loss. Acknowledge your heart’s loss. This was a friend and is no longer, Seeley says. We have a tendency in this society to undercut the grieving process. We may hear, â€˜Oh, get over it. You’ve got lots of other friends.’ Don’t go there. Grieve the loss. Keep a journal about it, write a poem, or write a letter of closure that you may never send. Just allow yourself to have all the feelings that go along with a loss of any kind.

Who Cares – An Interview with a Caregiver