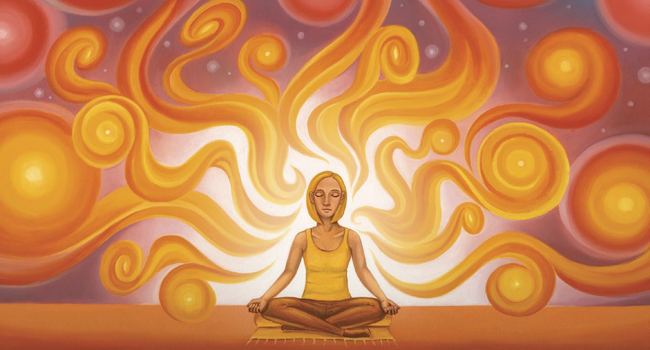 Nikki Fox always knew she was different. “When I was young, I was quick to cry and express my emotions,” the 27-year-old Woodland resident recalls. “I had a hard time letting things go.” Relocating to Colorado for graduate school alongside her future husband—and away from her support network—brought Fox’s challenges to a head. Her therapist recommended she read “The Highly Sensitive Person” by Elaine Aron, Ph.D., a book that brought Fox to tears in just the first chapter. “It felt so much like it was talking about me, and I kept reading from there,” says Fox. “It was good to finally feel like there wasn’t something wrong with me.”

First released in 1995, Aron’s book, based on the psychotherapist’s years of research, defined a highly sensitive person, or HSP, as someone with a sensitive nervous system who is aware of subtleties in his/her surroundings and more easily overwhelmed or overstimulated. Studies have shown that 15 to 20 percent of people are highly sensitive and that more than 100 species from fruit flies to horses can be highly sensitive. Awareness and acceptance of HSPs is growing, thanks in large part to Aron’s work and the recently released documentary, “Sensitive: The Untold Story,” which chronicles key research in the field as well as anecdotal stories from HSPs, including singer Alanis Morissette.

With all of this newfound attention on HSPs, there are still several misconceptions about what it means to be highly sensitive. Sacramento’s Sheila Hirsch, LCSW, has been working in her therapy practice with HSPs for nearly five years, motivated by the discovery of her own highly sensitive nature after reading Aron’s book. “I felt really understood, maybe for the first time in my life,” says Hirsch. In conversation with Hirsch, as well as two local HSPs, five key areas come up as being of paramount importance in understanding highly sensitive people.

1. BEING HIGHLY SENSITIVE IS A CHARACTER TRAIT, NOT A DISORDER. While high sensitivity is something one is born with, it’s not a disease or disorder. Since the initial release of “The Highly Sensitive Person,” author Aron created the acronym DOES to help therapists assess for the trait:

Depth of processing. HSPs approach information with a tendency to relate and compare it to what they already know. When facing a decision, HSPs weigh their options carefully before reaching a final answer. This tendency to process deeply can lead to an interest in spirituality, philosophy and psychology, according to Hirsch. “They like to see how things fit together and search for wholeness,” she says. They may also strive for perfection at school or work.

Overstimulation. Noisy, chaotic environments can lead to sensory overstimulation for HSPs. Feeling overwhelmed by life is a key indicator that someone is highly sensitive. Hirsch says her first clue that a patient may be an HSP is hearing them say, “I often feel overwhelmed.”

Empathy and emotional responsiveness. HSPs often exhibit compassion and empathy and are particularly conscientious in their treatment of others. A variety of situations, from weddings to doctor visits, can stir up emotions in HSPs, according to Hirsch.

Sensitivity to subtleties. Deep awareness of any situation through noticing tiny details is a key marker of high sensitivity. Some HSPs can walk into a room and gauge the emotional temperature of the environment, says Hirsch.

It’s important to distinguish between people who have experienced traumatic events and HSPs. While trauma can heighten one’s sensitivity to particular situations, such as noisy environments, that doesn’t necessarily mean they are a highly sensitive person. High sensitivity is also sometimes lumped in with autistic spectrum disorders, ADD or ADHD, as overstimulation plays a key role in all of them. In those instances where a disorder may be present, consultation with a specialist is advised.

2. LABELS SUCH AS “SHY” OR “INTROVERTED” DON’T ALWAYS APPLY TO HSPS. As children, HSPs may stand back and observe games or other activities before deciding to participate. This hesitation often earns them the label of shyness, which Aron’s website says is a learned trait. “HSPs are cautious in nature,” says Hirsch. “They like to get a sense of what’s going on [in a situation] before jumping in.”

Early home life can be an indicator of how HSPs perceive their place in the world and can lead to shyness or withdrawal. Family members who mock a highly sensitive child’s behavior, such as frequent crying, can drive the child to resist interaction with others. Some families are more nurturing of sensitive children. “I felt very loved and supported in my home, so it didn’t cause me great problems,” says Hirsch.

Recent articles and books on the differences between introverts and extroverts, including “Quiet” by Susan Cain, tend to mention high sensitivity within the context of introversion. However, according to Aron’s research, 30 percent of HSPs are extroverts: They are talkative, enjoy meeting new people and have a high number of friends, but they also need downtime to recharge and reflect. Rick Bartlett, a 60-something Sacramento resident, remembers being adverse to anything that put him in the spotlight as a teen: “Oral reports, team sports and school dances—those were the last places I wanted to be.” But he was definitely not a loner or introvert. “I wasn’t one of the cool kids, but I had good friends,” he says.

The HSP’s inherent cautiousness and emotional responsiveness comes up in romantic relationships. Taking a while to decide on where to go on a date or needing a lot of emotional validation can put strain on a non-HSP partner. “Because HSPs are in the minority, we go into relationships with hat in hand; we tend to apologize more,” says Bartlett. In long-term relationships, HSPs need to find balance between comfortable coexistence and stimulating activities or conversations with their partner. Aron’s studies with married couples indicate a tendency for the highly sensitive partner to become bored. Because of their innate drive to go deeper, whether emotionally or intellectually, the HSP needs to lead their non-HSP partner toward more reflective activities, such as couples’ retreats or spiritual study.

3. MEN ARE HSPS, TOO. Studies done by Aron show that high sensitivity is equally divided between men and women. It’s not readily obvious, however, due to societal expectations. “Because males are supposed to be strong in our society, they may not let anyone know they are sensitive,” says Hirsch.

Bartlett remembers the struggles of being an HSP when he was in high school. “Red-blooded males are expected to behave in certain ways: Get involved in sports, be rugged,” he says. Instead of going out for team sports, he found solace in his school’s golf team. “It was more solitary, one-on-one, with no challenges from the standpoint of being HSP,” he says.

4. IT’S NOT JUST ABOUT EMOTIONS. There’s a tendency to equate the word “sensitivity” with emotions; those who cry easily or frequently express their emotions are labeled sensitive. In the case of HSPs, they have heightened sensory perception, which affects all of their senses. The area most deeply affected can vary from person to person. Fox is very sensitive to touch and hated being tickled as a child. Hirsch says this heightened sensitivity has its benefits and challenges: “If you’re HSP and your hearing is sensitive, you might have a high quality of musical attunement, but might create differently when in a noisy environment.”

5. IT’S POSSIBLE TO THRIVE AMONG “NORMAL” PEOPLE AS AN HSP. Therapists who work with HSPs help them learn skills to avoid the highs and lows. Hirsch teaches her patients about finding their optimal level of functioning: the space in which they are neither overwhelmed nor underwhelmed.

Identifying potentially overwhelming situations and knowing how to diffuse them are important. Sometimes, it is a matter of avoidance. “Therapy taught me to be more selective as to what I put on myself,” says Bartlett. “I avoid noisy restaurants, shopping malls on weekends, the freeway during rush hour. It’s a matter of acknowledging what works for me and following my instincts.” Other HSPs develop coping techniques. Fox keeps earplugs with her at all times and joins her husband in the extreme sports he enjoys by practicing moderation. “I do a lot of baby steps when I’m trying something new,” she says.

In the workplace, HSPs can benefit from a mix of self-directed, project-oriented work and team endeavors. The need for creative and/or technological challenges is important on the job, as Bartlett has found over the course of his professional career. “I savor that and pursue it, without letting it overwhelm me,” he says.

The proliferation of technology and social media can also pose some challenges for the HSP. Hirsch suggests that while Internet consumption, smartphone use and texting can be controlled, social media is different in that there are more people to track, which can lead to sensory overload. “The quantity of information is overwhelming, less controllable and has more social consequences,” she says.

HSPs who take time for self-care will find it easier to deal with the high volume of sensory output in the world. Hirsch advises her patients to meditate, exercise and get plenty of rest. She also reminds them that they are OK. “There are many gifts to being HSP,” she says. Bartlett agrees and doesn’t apologize for being HSP. “You have to stand up for what makes you who you are,” he says.

FIND OUT MORE ABOUT HSP

– Take the online self-test at hsperson.com.

– Read “The Highly Sensitive Person: How to Thrive When the World Overwhelms You” by Elaine Aron, Ph.D.

Sacramento Magazine and Photography by Kevin Fiscus - November 24, 2021
Near me
40 miles