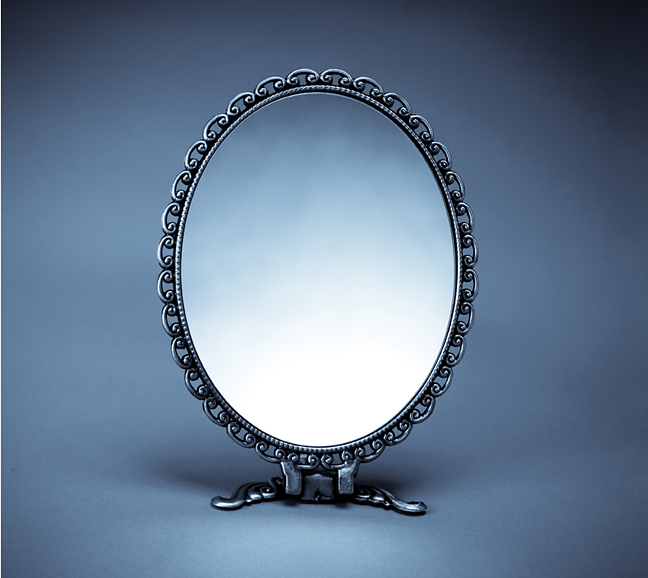 It takes courage to go under the knife, but even more to kiss and tell. Here are three local women brave enough to share their cosmetic surgery stories—and photos—with you. What drove your decision to get this surgery? “For years I didn’t think I needed this—didn’t think it would improve my body. But I’m a fitness competitor, and we do a bikini round, and most of the competitors have augmentation. I was always able to stuff my bra and push up my boobs, but when I turned 42 and tried pushing my boobs together, I got nothing but wrinkles. So when I had two strikes—my body looked old, and I looked like a boy—I finally realized it would be worth it to look more womanly and look younger.”

So it wasn’t for the usual reason—to look and feel sexier? “It doesn’t make me look or feel sexier. But I do like the way a woman’s body looks more womanly with curves. I’ve never had curves. I have a very athletic build—I’m short, 5-foot-1—and was a 32A, so I tend to look like a boy.”

What size are you now? “Right after surgery I was a 32C, but then I gained 10 pounds and became a 34D. Now I’m a 34C. I’m back to my normal weightlifting routine, so I’ve put back most of my upper body muscle.”

How did surgery go? “Everybody was telling me how much pain there is—that it would feel like a weight workout, or like having a truck hit you or someone sitting on your chest. But the only pain I had was at the incision site, the nipple. Otherwise I did not have one iota of soreness. I took six days off, and I was doing cardio on day six. I think the reason my recovery was so easy was that I was in shape.”

Did you get what you were hoping for? “It actually looks better than I expected. I really expected it to look less realistic. I can’t stand the way fake ones (breasts) look. But mine look really natural, like my real breasts. It has smoothed the skin on my chest, all the way up to my collarbone. I don’t have that crepe paper look anymore. You know how Diane Keaton wears turtlenecks to cover her neck? I keep thinking, ‘I won’t need to wear turtlenecks.’” Why so many surgeries? “I figured I might as well go for the gold. I was very self-conscious about my skin—didn’t even want to put on makeup. The other things that bothered me were the eyelids and jowls. I went initially for those two things, and Dr. Kaufman suggested the chin implant and a little work on my nose. I had a little bump on my nose, and he took off that little bump and narrowed it a smidge.”

Were you apprehensive? “Being a nurse, of course, I knew the worst-case scenario. It happened very quickly. I was initially just going to get my eyelids done, and my husband said, ‘Why don’t you just get it all done?’ If I’d scheduled it six months out, I might have had time to get apprehensive about it.”

Did you have any pain or complications? “I think it’s like women in labor; in time you forget how uncomfortable it was. I don’t remember being in excruciating pain—just uncomfortable for the first few weeks. I had suture lines in my head and my hairline, so I could only rest my head in a certain spot. But I had no bruising; I was amazed. I do have some numbness on the tip of my nose and my chin, but it improves with time. (Richardson was seven weeks post-surgery when we spoke.) I’ve been very fortunate. My recovery was really very smooth.”

How satisfied or dissatisfied are you with the results? “I’m 150 percent, 200 percent satisfied. The transformation happened so quickly, and it’s lasting. It’s great to look in the mirror and know that it’s going to be long term. People at work have just been like, ‘Wow.’ Everybody’s just amazed by the results.”

Advice for others contemplating cosmetic surgery? “For me, thinking about the expense—I definitely had guilt about spending that kind of money. But think about it long term. If you make a good decision, choose the right surgeon and are happy with the results, it’s an investment in your future.” Why this surgery? “I wanted it because I had two rolls in my midsection: a little upper belly roll and a bottom roll. When I’d wear shirts, the upper roll would stick out a little bit. Even after I lost a bunch of weight—about 60 pounds—I still had the rolls, so I knew they would be there permanently.”

Tummy tucks can be painful. Was yours? “When they first got me off the gurney [after surgery], I had the first wave of pain . . . felt like I was gonna throw up. Getting into the SUV was quite painful and going up the stairs to my place, I was hunched over and had to use the railing. The neighbor had to help me. I think I slept on the couch for probably two or three weeks because of the muscle pain. I couldn’t pull myself up to go to the bathroom; my friend had to pull me up. You can’t use any bit of your stomach muscles [after a tummy tuck]. You use those muscles more than you think. The day after my surgery, I made the mistake of eating a piece of toast with my eggs, and it tickled my throat and I let out a little cough. It was like a bomb inside me. I literally cried. That was the worst moment.”

Any complications? “I’m not sure if you’d call it a complication. But below my belly button, where the incision is, there was like a deep inset that wasn’t healing. So I had to start using something like a Neosporin, but stronger, twice a day. It did heal, but there’s a little more scarring there.”

How satisfied or dissatisfied are you with the results? “I was satisfied with his (the surgeon’s) work. I loved it. I absolutely loved it. It changed my life just to be able to wear form-fitting shirts. The only odd thing is that I still have back rolls, so I’m flat in the front but not in the back. But that’s got nothing to do with my surgery and is not my surgeon’s fault. I would recommend him in a heartbeat.”

Advice for others contemplating cosmetic surgery? “Don’t think it’s a cure-all. Seriously. Most people think that once they have the tummy tuck, that’s it. But nothing is a cure-all until you figure out what it is that’s causing you to overeat. I haven’t gained all my weight back, but I’ve gained some of it back. I think if I lost the weight now, my skin might not be as tight as what you see in my [post-surgical] photos.”

Would you do it again? (Long pause.) “I’d have to think hard about it because of the pain. Nobody really told me about the pain.”

This isn’t meant to scare anyone. But we would be remiss if we didn’t remind you that cosmetic surgery, like any surgery, comes with a small degree of risk: minor medical risks, such as hematomas and scarring, as well as more serious ones.

There also is the risk that you just won’t be happy with the results.

We talked to a couple of locals who experienced just that. One woman had the infomercial-friendly mini-facelift known as a “Lifestyle Lift” and was left with what she describes as “a feeling of lumps underneath my skin every place they did an incision. I’m concerned about my chin—it’s not as smooth a line as I hoped it would be.” Another is disappointed by the results of her breast lift, complaining that her breasts are still sagging and she would like them to sit higher. She had not been able to resolve the matter with her surgeon and was seeking reparation at the time of this writing.

So what’s the lesson? You can’t be guaranteed a happy ending. But choosing a board-certified surgeon with training and experience performing your procedure of choice, taking good care of yourself before and after surgery, and choosing the right surgery for your needs can help improve the odds. (Case in point: The Lifestyle Lift patient says she’s now wishing she’d “gone the whole gamut” and had a full facelift.) Be aware of all of the risks before proceeding, and be sure to inquire about the “what ifs,” such as what if you have complications or need revision surgery. Ask questions, do your homework and never assume anything.

MOVE OVER, LIPO—Liposuction was long the No. 1 cosmetic surgery of choice in America. But no longer, according to this list of top surgical procedures done in 2008.

RECESSION AFFECTS COSMETIC SURGEONS, TOO—How much have cosmetic surgeons’ businesses suffered in the recession? They took a hit in 2008, with cosmetic surgeries down 9 percent from 2007, according to the American Society of Plastic Surgeons. On the other hand, there was a 5 percent rise in minimally invasive cosmetic procedures and a 3 percent increase in reconstructive plastic surgeries. Go figure.