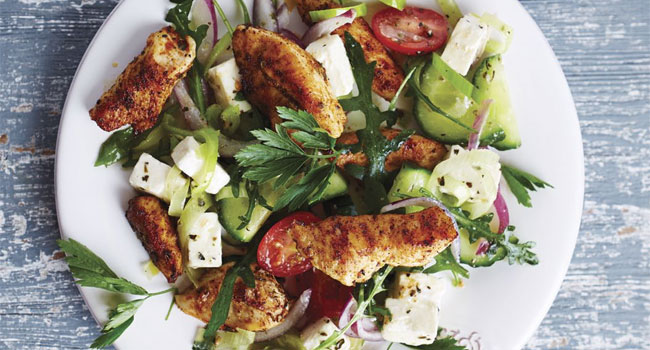 Earlier this year, Cooking Light magazine sported a cover line that read “How to Eat Clean in 2015.” Martha Stewart has a new clean-eating book out, titled “Clean Slate.” BuzzFeed, Slate and The Guardian all did articles about clean eating within the past 12 months. Check the bookshelves at Sacramento Natural Foods Co-Op or tune into “Good Day Sacramento” and you’ll see clean eating up front. Celebrities like Gwyneth Paltrow and Jessica Alba have been proponents of clean-eating diets. Although the term has been around for years, the concept of clean eating has broken through the noise of diet fads and fad diets to become a top catchphrase in the food lexicon.

So just what is clean eating? Well, it depends on whom you ask.

According to the magazine Clean Eating, “The soul of clean eating is consuming food in its most natural state, or as close to it as possible. It is not a diet; it’s a lifestyle approach to food and its preparation, leading to an improved life—one meal at a time.”

Despite the fact that “a lifestyle approach to food” is an inane phrase devoid of meaning, the rest of the sentiment seems definable and approachable.

The magazine Fitness does a commendable job with its definition: “At its simplest, clean eating is about eating whole foods, or ‘real’ foods —those that are un- or minimally processed, refined, and handled, making them as close to their natural form as possible.”

Other publications, including cookbooks, magazines and websites, have expanded the definition to include organic-only, gluten-free, meat-free and raw foods as being truly “clean.”

So, with these wide-open and loose definitions, I set out to ask some experts what clean eating means to them. I spoke with doctors, nutritionists, chefs, food advocates and folks who like to cook. What I learned was a host of useful information that helped reinforce some longstanding beliefs and provided me with some good, simple advice with which to make eating decisions.

SOUND ADVICE, NO MATTER WHAT YOU CALL IT

Rajiv Misquitta, M.D. is passionate about nutrition. You can hear it in his voice, strong and confident, words tumbling out faster than you can register them.

“I have no issues with the term ‘clean eating,’” he told me. “The tenets seem just like a textbook definition of healthy eating. And it seems much more sound than most of the diets out there.”

Throughout his medical career and at his current practice at Kaiser Permanente’s South Sacramento Medical Center, he’s seen the benefits of healthful eating and lifestyle choices for both himself and his patients.

As we spoke about basic nutrition and food choices, he remarked that the “clean” philosophy sounds very similar to that of one of his heroes, author Michael Pollan. It’s true. Pollan, author of “The Omnivore’s Dilemma” and other books about food, science and culture, sums it up simply this way: “Don’t eat anything your great-great-great-grandmother wouldn’t recognize as food.”

He also commended Raley’s and Bel Air for their adoption of the NuVal Nutritional Scoring System. Most foods in the store, including meats and produce, are given a rating, 1–100, of their total nutrition. The number takes into account fat, sodium, fiber, vitamins, minerals, protein and more than 30 other criteria. The higher the score, the more nutritious the food.

“Whatever we can do to help people make healthier choices,” he says, “will help in the long run.”

Asked if we might miss some of the ingredients in modern foods, like vitamins and other nutritional additives, Angus is blunt. “In my opinion, reducing or eliminating processed foods will reduce our exposure to chemicals, GMOs, colorings, flavorings, preservatives and additives,” she replies. “I don’t believe we will miss any of those ingredients.”

The first roadblock most people encounter when making food decisions is cost. The best organic fruits and vegetables are usually the most costly. It’s difficult to rationalize buying $10 worth of organic vegetables when you know your money will stretch much farther in the frozen-foods section.

Home food preserving expert Rick Boyd agrees that sometimes the frozen section is exactly where you need to be. “I’d rather a family buy a $1 bag of frozen broccoli and cauliflower,” he says, “than buy no produce at all.”

He and Misquitta both impressed on me the value of frozen foods when other options are not available, in season or affordable. Frozen produce contains most of the nutrients of its fresh counterparts. But, they both emphasized, you need to buy plain frozen fruits and vegetables without added sugar, salt or other extras. Plain frozen produce is about as minimally processed as you can get.

Boyd is also a passionate advocate of home canning. As a former member of the University of California’s Master Preserver program, he well knows the trade-offs that come with trying to lock in flavor when canning, jarring and pickling at home.

“Sure,” he says, “preserving foods is the textbook definition of ‘processing’ whole foods. However, if I have a tree full of pears and can’t possibly eat all of them in season, I’ll get much more nutrition out of those pears in the off-season by throwing in a little sugar and a little acid and canning them than I would by letting them rot on the ground. And if I compare these home-processed goods to industrially processed foods at the supermarket, it’s not even a contest.”

“First of all, I don’t like the label ‘clean eating’ because it judges those who don’t follow the rules as ‘dirty.’”

Amber Stott is the founder and “Chief Food Genius” at Food Literacy Center, a Sacramento-based nonprofit group that educates low-income families on healthful food choices. Despite her disdain for the “clean” label, her tone is infectiously positive.

“Look,” she says. “Eating should be fun. Food should be fun. Sure, there are foods that aren’t great for you: anything fried, processed foods made of mostly sugar, stuff filled with trans fats. But we’d probably be better off dropping the judgmental labels and, instead, educating people better on making lifelong changes in their habits.”

Misquitta isn’t quite so down on the label. “If the label helps people make simple decisions, I’m all for it,” he says.

When asked if there are any foods he thinks of as “dirty,” he doesn’t hesitate: “Cold cuts and processed meats in general have been shown, again and again, to greatly increase the risk of heart disease and cancer. If you must eat meat, try to stay away from processed beef especially.”

Being an unabashed cold cut consumer for quite some years, I blanched a bit. Yet, almost immediately after chatting with Misquitta, I started making changes in what I purchase at the store and what I order when dining out.

When cooking at home, I now make more poultry, pork or beef than I know we need for dinner and use the leftovers for sandwiches. When dining out, I look for restaurants that cook their meats in-house. For example, The Shack in East Sacramento roasts seven 22-pound turkeys a week just for sandwiches. And carveries like Jack’s Urban Eats and Sam’s Hof Brau offer a wide selection of meats cooked on-site for sandwiches.

“On a lesser level,” says Misquitta, “look out for foods that claim to be ‘lite,’ ‘low fat,’ or ‘low calorie.’ These foods are often more processed than other foods and frequently replace fat or calories with processed sugars and extra sodium.”

Almost all the experts I talked with mentioned that there has been some advice lumped in with clean eating that doesn’t hold water.

“Don’t get me started,” says Boyd.

“I have seen no proof of its effectiveness,” says Misquitta.

“What a waste,” says Stott.

What are they talking about? Something called cleansing.

Many clean diets are associated with cleanses or detoxifying regimens. Neither one of these dubious terms has anything to do with good, basic nutrition. Not one of the people I talked to had anything good to say about the concept.

Whether we’re talking about a juice cleanse or a 48-hour weekend fast or a lemon-water detox, there’s no empirical, scientifically rigorous study to show any efficacy.

For the vast majority of humans, our livers, kidneys and other organs do a commendable job of absorbing the parts of the foods we need (nutrients) while discarding the materials we don’t (stuff we leave in the septic system). “Flushing,” “cleansing” or “detoxifying” the system is simply unnecessary and, in some instances, harmful.

Also, the whole idea behind clean eating is that the consumption of whole foods, especially whole grains and produce, performs a natural and gentle scrubbing of the digestive system without having to resort to fasts, extreme diets and bizarre concoctions. Basically, a sustained routine of healthy eating, even with an occasional slip-up, will keep you feeling better than any shock-to-the-system cleanse on the market.

“You can’t just juice and be better,” says Stott. “You have to make choices that lead to a lifestyle of healthy habits.”

Each person I spoke with had a unique perspective on the concept of clean eating. Their passions and experiences led them on different paths, but they all wound up at the same destination. From them, I gleaned some basic rules:

Eating whole foods is better for you than eating processed foods.

Eating plants—vegetables, fruits and whole grains—is better for you than eating dairy and meat, even if those plants are minimally processed.

Eating home-cooked meals is more nutritious than heating up prepared and processed foods.

And finally, eating should be a pleasure.

“Look,” says Boyd. “If your goal is to be a martyr, you can surround yourself with so many rules about eating that it’s no longer enjoyable. But for most of us, room has to be made for living life.”

“Shaming and fear,” says Stott, “is overwhelming and turns folks off. Eating should be fun; it shouldn’t feel like cleaning your house.”

“Spend some time looking at the labels of the food you buy,” says Misquitta. “If you can’t pronounce the ingredients, it’s probably not very good for you.”

“If I could sum it up in one rule,” says Boyd, “you should try to make the best food decision possible at a particular moment given what’s available to you. When you’re done making the decision, move on and don’t let regret rob you of flavor.”

A Weight Off Their Chests