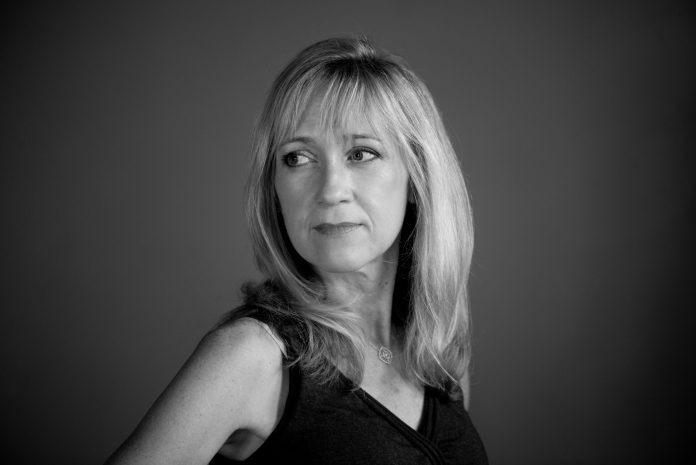 By June, the hardest part was over for Anne Del Core. She had made a major, irreversible health decision and undergone a preventive double mastectomy, having all her breast tissue and sentinel lymph nodes under her armpits—where cancer might spread from an initial tumor—removed.

Now she was preparing for the less draining part: reconstructive surgery. Tissue expanders had already been inserted beneath her skin and chest muscles during her first surgery, and now permanent implants would replace them. And Del Core was ready.

Del Core, 49, of Arden-Arcade, underwent the bilateral prophylactic mastectomy, as it’s called in the medical community, as a precaution. She wanted to lower her risk of developing breast cancer. It was a decision she made after many dinner table conversations with her husband, Jerry, and their three children, and weighing all the options with her doctor.

“In the end, my clarity came when my husband said, ‘Anne, you need to do what’s best for your long-term health,’” Del Core says. “And all of a sudden it was clear.”

Breast cancer is the second leading cause of cancer death in women. About 12 percent of U.S. women will develop this cancer sometime during their lives, but different measures exist to reduce risk. Some lifestyle changes such as limiting alcohol consumption, not smoking and being physically active have shown to decrease risk, according to the Mayo Clinic.

Other, more aggressive measures include increased surveillance of the breasts, the use of hormone therapy, genetic testing for a faulty BRCA1 or BRCA2 gene and undergoing a mastectomy. For women at high risk of developing breast cancer, figuring out how to proactively protect their health can be overwhelming and unclear—and each decision is very personal.

Kim Van Ysseldyk, a nurse practitioner and the clinical coordinator for the Cancer Risk Program at Sutter Roseville Medical Center, says medical professionals aim to inform a patient of all her options and not push her into a decision. “We find that patients are most satisfied when they make the choice,” she says.

Hailing from the Appalachian Mountains in Maryland, Del Core has lived in Sacramento for the past four years. This is her second stint here. Her husband’s career in media has meant stays in Norfolk, Va., Austin and Atlanta, as well. Del Core’s usual schedule involves shuttling her three children, ages 11 to 15, around to their various extracurricular activities and running the household. The family also has chickens and a backyard garden.

About two years ago, Del Core went in for her annual mammogram screening, and the doctor saw some suspicious areas in her breasts. An ultrasound and three different types of biopsies resulted in a surgical biopsy in November 2012 on her right breast to remove three papillomas, which are growths in the milk ducts of the breasts.

Del Core breathed a heavy sigh of relief when results showed the papillomas were noncancerous. But as a precaution, she was put on a cycle of increased monitoring. The schedule: first an MRI. Six months later, a mammogram. Six months after that, another MRI. And so on.

But that first mammogram in the cycle exposed more suspicious areas, and a biopsy found two new papillomas. A conservative decision would have been to once again remove the growths. This time, though, Del Core and her doctor agreed to think more deeply about the next step, which prompted the patient to gather information to better inform her decision.

“I hadn’t necessarily considered what my family history was on a detailed basis,” Del Core says. “So I made some phone calls.”

The main risk factor for breast cancer is gender. This type of cancer is about 100 times more common among women than men, likely due to the female hormones estrogen and progesterone, which can promote breast-cancer cell growth. Aging is another risk factor, along with dense breast tissue, race and ethnicity. (White women are slightly more likely to develop this form of cancer, while African-American women are more likely to die from it.)

But as the American Cancer Society points out, having a risk factor or two or three doesn’t mean a person will necessarily get the disease.

Women and men with a history of breast cancer among blood family members are also at an increased risk of developing the disease.

Over the past year, interest in genetic risk factors has increased thanks to actress Angelina Jolie’s public acknowledgment of her own preventive bilateral mastectomy, at the age of 37, after tests showed she carried the faulty BRCA1 gene. In May 2013, Jolie told the world about her health choice in an op-ed for The New York Times.

According to Jolie’s column, doctors had told her she had an 87 percent risk of getting breast cancer and a 50 percent chance of ovarian cancer. About 1.4 percent of women will be diagnosed with ovarian cancer during their lifetimes, according to the National Cancer Institute.

Some women who test positive for a BRCA mutation will also choose to undergo an oophorectomy, which removes the ovaries to significantly decrease the odds of developing both ovarian and breast cancer. The ovaries make most of the estrogen in a premenopausal woman’s body.

A mother or a father can pass on a harmful BRCA gene mutation, and each child of a parent who carries the mutation has a 50 percent chance of inheriting it. Normally, these genes produce tumor-suppressing proteins that help repair damaged DNA. But if either the BRCA1 or BRCA2 gene is faulty, then DNA damage won’t be fixed, which means cells could develop other mutations that lead to several types of cancer, according to the National Cancer Institute.

Most breast cancers are not hereditary. About 10 percent of BRCA tests come back positive, according to Mindy Young-Reeves, M.D., a general surgeon at Kaiser Permanente Roseville Medical Center.

Del Core didn’t opt for genetic testing, because she already had enough information—biopsy findings, family history, understanding of her risk tolerance and interest in longevity—to make a decision. She had discovered that her maternal grandmother had had breast cancer and her father’s sister had died of breast cancer. Her mother’s sister and a first cousin are survivors.

“I had enough family history to raise my level of concern,” Del Core says. “So I wanted to seek input from what I call my personal board of directors.”

That board—Jerry and the children—helped Del Core realize she didn’t want to go through a “cycle of anxiety” where she’d undergo monitoring every six months and then await the results. Knowing she had dense breast tissue, making the interpretation of her mammograms more difficult, added to the stress.

“I didn’t like that feeling that I was waiting,” Del Core says. “I was waiting for them to find cancer.”

Van Ysseldyk’s job as a genetic counselor is to help a patient make the decision that’s right for her individual case. She works with patients at high risk for hereditary breast and ovarian cancer. She sees patients the first time for genetic testing and then at a follow-up appointment to review the results.

Her work is informed by the National Comprehensive Cancer Network’s clinical guidelines. Because harmful BRCA mutations are relatively rare in the general population, experts suggest that testing should be performed only when certain criteria—including family history—are met.

If a patient with a family history of cancer tests for a BRCA mutation and the results are negative, she might consider additional breast screening and at an earlier age. (Annual mammograms are recommended starting at age 40.) If the test is positive, a bilateral mastectomy might be suggested. As shown with Del Core, genetic testing is not required to decide in favor of surgery.

Or, women at high risk for developing breast cancer might consider the hormone therapy drug tamoxifen, which interferes with estrogen’s ability to stimulate the growth of breast cancer cells; specifically, it prevents estrogen from binding. If taken for five years, tamoxifen has shown to reduce risk, according to Van Ysseldyk.

Van Ysseldyk says some cancer patients might make a surgical decision to avoid being in the “watch and wait” position, preferring to limit the risk of breast cancer as much as possible as opposed to having frequent imaging and biopsies. But a patient can be in screening mode for several years and then reach the point where she wants a mastectomy.

“Oftentimes, this evolves over time,” she says.

Mastectomy refers to the removal of the whole breast, but the word is an umbrella term for different types of surgeries, according to Young-Reeves. A “total mastectomy,” for instance, involves the complete removal of both breasts and nipples. Leaving the nipples intact is referred to as “nipple-sparing mastectomy.” It allows for breast reconstruction surgery afterward and a more natural-looking result.

Getting Back to Normal

Del Core’s recovery from her mastectomy was much longer and harder than she expected. There were good days and bad. She wasn’t able to drive for a couple of weeks and couldn’t manage the household or cook dinner for her family.

When the pathology report came back post-surgery, the doctor found nine papillomas and atypical ductal hyperplasia, a mild abnormality in the tissue cells and a marker for increased risk of developing breast cancer in the future.

The report also indicated the presence of lobular carcinoma in situ, or LCIS, which is an area of abnormal cell growth in the lobules (the milk glands in the breasts) that increases cancer odds. According to the Mayo Clinic, there is no way to determine its presence in a mammogram or other breast imaging, or by a clinical breast exam.

“The takeaway was, wow, there’s no way we could have known all of that was there,” Del Core says.

The extensive findings on the pathology report validated Del Core’s decision, she said four months later in the kitchen of her house. She felt back to normal on that particular day, overseeing a bathroom remodel and shuttling her children off to summer camps and classes. The following week, she would undergo reconstructive surgery, which left her a little sore but “feeling great and happy.”

Raising two daughters means breast cancer will remain top of mind for Del Core. She says she often talks to her children about the importance of living a healthy lifestyle. And she has five lessons to share with other women at high risk for developing breast cancer: Know your family history, consider your anxiety tolerance, consult your “board of directors,” be open with your doctor and, most importantly, be proactive with your health.

“It’s best for each woman to work closely with her doctor to find what best works for her,” she says.

7 Things To Know About SAD

The Gift That COVID Brought Me