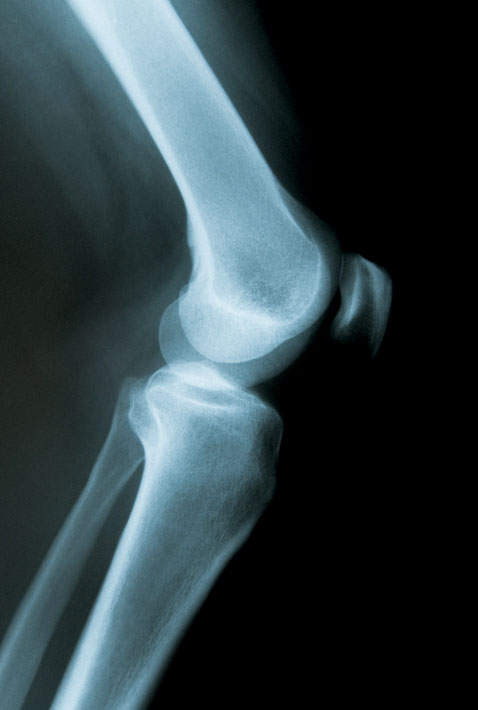 If you think osteoporosis is an “old lady” disease, think again: It can happen at any age—and men get it, too.

Surprised? Here are eight other things you might not know about this debilitating disease, which causes bones to become so weak that they often break—sometimes even after something as mild as a sneeze.

1. It’s silent. Sure, a hip fracture is kind of a big warning bell, as is a hump in the spine or loss of height. But in its early stages, osteoporosis, like heart disease, is typically asymptomatic. “Patients ask, ‘Why do I need a bone-density test? My bones don’t hurt,’” says Raul Romea, M.D., a rheumatologist in private practice affiliated with Catholic Healthcare West/Mercy in Sacramento. But the disease’s silence is what makes screening that much more important, says Romea, especially since it’s treatable. (Medications can’t cure the disease, but they can help to slow it down.) The National Osteoporosis Foundation recommends a BMD (bone mineral density) test (typically a DXA scan) for women 65 and older, men 70 and older, and younger individuals with risk factors, including being small and thin, a diet low in calcium or vitamin D, smoking, high alcohol consumption and use of certain medications, such as steroids.

2. Prevention starts early. “You shouldn’t wait until you turn 50 to say, ‘Ooh, I’d better up my calcium,’” says Therese Rosellini, D.O., an OB-GYN for Sutter Medical Group in Elk Grove. In fact, the time to start paying attention to calcium, vitamin D and weight-bearing exercise—the keys to building strong bones—is when we’re young, since most bone growth happens by age 20 and strong bones are one of the best defenses against osteoporosis. By continuing those preventive measures as we age and begin to lose bone—a process that rapidly accelerates for women during menopause (estrogen loss equals bone loss)—we’ll be better equipped to maintain and “remodel” bone, Rosellini says. (Translation: Remodeling is the continual process of old bone breaking down and new bone being rebuilt.)

3. Sacramento sunshine can help protect you. But only if you take advantage of this free source of vitamin D—something that a surprising number of locals apparently are not doing, according to Michael Okimura, M.D., an endocrinologist and director of bone density services for Kaiser Permanente Sacramento and Roseville. “When we screen for possible low vitamin D levels as a secondary cause for low bone density, up to 40 percent are found to have a low level of vitamin D,” he says. “This surprises us.” The bottom line: Living in a sunny climate does not automatically mean you’re getting enough of the “sunshine vitamin,” so you need to make a concerted effort to meet the current daily recommendations: 800–1,000 IU of vitamin D3 for adults 50 and older; 400–800 IU for those younger than 50. Just catching 10 to 15 minutes of rays a day should provide an adequate dose of D, says Okimura, though you also can get it through supplements and such dietary sources as fortified milk, egg yolks, saltwater fish and liver. And the “mature” among us need to be extra careful, as we generate less vitamin D and absorb it less efficiently as we age.

4. Calcium doesn’t have to mean dairy. All you lactose-intolerant, allergic, vegan or just down-on-dairy people can breathe a sigh of relief: Calcium does not have to mean dairy. “There are other good food sources of calcium,” says Romea. Look for calcium-fortified versions of such foods as orange juice, cereal, bread and soy; other good sources include tofu and dark leafy greens. So should we carry around a notepad to tally up our daily calcium intake? Romea is realistic. “I know patients can’t go around counting calcium every day,” he says. Instead, he recommends taking supplements to ensure meeting the recommended daily amounts: 1,200 mg for adults 50 and older, 1,000 mg for those younger than 50. But calcium is no good without vitamin D, notes Romea, so be sure you’re taking both. “If you’re not taking them together, it’s like buying a car and not putting gas in it.” The reason? Vitamin D plays a huge role in calcium absorption.

5. “Weight-bearing exercise” does not mean pumping weights. (That’s strength training, which can help, too.) What weight-bearing does mean: a feet-hitting-the-ground form of exercise, such as walking, running, tennis or dancing, which impacts the bones and helps to strengthen them. Warning: Low-impact exercise—bicycling, swimming—won’t cut it. “People tend to think because they are fit and bicycle many miles a year they are safe [from osteoporosis], but they are not,” says UC Davis’ John Robbins, M.D., an internist and osteoporosis expert. “I know about five male cyclists in the Sacramento area who have broken their hips, and they all tested positive for osteoporosis.” Such athletes tend to be thin, too, Robbins notes—which brings us to a little nugget that may put a smile on the faces of those who are, shall we say, on the rounded side.

6. Fat is where it’s at. Don’t take that too literally. But it’s a known fact that thin people are at higher risk of osteoporosis than those who are carrying a few extra pounds. In a study of premenopausal women conducted by the USDA’s Western Human Nutrition Research Center in Davis, researchers found significantly lower bone mineral content and bone mineral density in “restrained eaters” (you know, the ones who watch calories like a hawk) than in those whose eating habits were less, well, restrained. Now, we’re not suggesting you routinely break out the bonbons—obesity is linked with way too many scary health problems, such as heart disease and diabetes—but it does serve as a reminder that moderation is best: While it’s not good to be too tubby, being thin can have its pitfalls, too, frail bones being one of them.

8. Future shock. It’s pure speculation, but Sutter’s Rosellini thinks more women will develop osteoporosis in the not-too-distant future, for one reason alone: Today’s menopausal women are increasingly “anti” hormone replacement therapy, making them more vulnerable to the bone loss that comes with estrogen loss. “Everybody went off their hormones around 2002–03, when the Women’s Health Initiative study came out,” she says. While no one can blame women for just saying “no” to taking hormones—the WHI reported that they could raise the risk of heart attack, blood clots, stroke and breast cancer, after all—one of the not-so-nifty consequences of that choice may be an increased risk of osteoporosis. “Give it another five years and we’re gonna see those DXA scans coming back with not very favorable results,” says Rosellini. “I think this will put osteoporosis more in the forefront of medicine in the future.”

• For every 10 people with osteoporosis, eight are women and two are men.
• A bone mineral density test is used not only to diagnose osteoporosis, but to determine risk of bone fracture.
• Women can lose up to 20 percent of their bone mass during the five to seven years after menopause.
• A woman’s risk of hip fracture is equal to her combined risk of breast, uterine and ovarian cancers.
• An average of 24 percent of hip fracture patients ages 50 and older die in the year following the fracture.
Source: National Osteoporosis Foundation