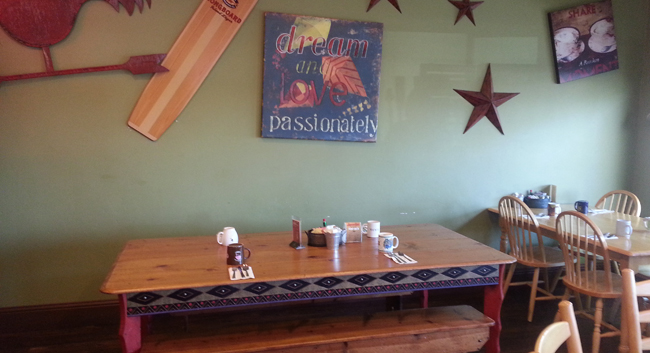 I recently discovered a gem of a breakfast spot in Loomis called The Ugly Mug Café. I dropped in on the recommendation of a local fan, and was charmed by the restaurant’s cinnamon French toast (crafted from homemade cinnamon rolls) and the “Professor Gary,” a specialty of the kitchen that you can choose to be made as a scramble or an omelet. Featuring ground beef, spinach, mushrooms and several cheeses – and topped with Hollandaise sauce – it’s a real rib-sticker. Other not-to-miss dishes, we’re told, include the popular carnitas breakfast burrito and the sumptuous crab cake Benedicts.