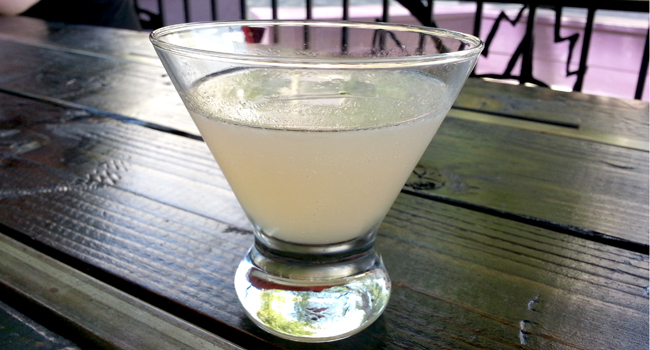 Ink Eats & Drinks is one of midtown’s most distinctive dining and drinking establishments. Despite its vibrant, tattoo-inspired artwork and edgy, urban vibe, I’ve found it to be equally warm and welcoming to families and the 50-plus crowd as it is to its young, garrulous (and often tatted) regulars. It’s also a surprisingly great spot for weekend brunch—don’t miss the fabulous huevos rancheros or the plump shrimp omelet, packed with spinach, tomatoes and melted Swiss cheese. While famous for its make-your-own Bloody Mary station during weekend brunch, the establishment also offers another cocktail that’s sure to get your day going in the right direction—the grapefruit martini. Ingredients in this vivacious tipple include an intriguing grapefruit vodka, muddled cucumber, fresh lemon juice and a dash of Sprite. The combination is well-balanced, exuberantly citrusy and just sweet enough, with a lingering, refreshing aftertaste of cucumber. But don’t limit your enjoyment of this cocktail to weekend brunch—it would also be terrific on a scorching summer afternoon.