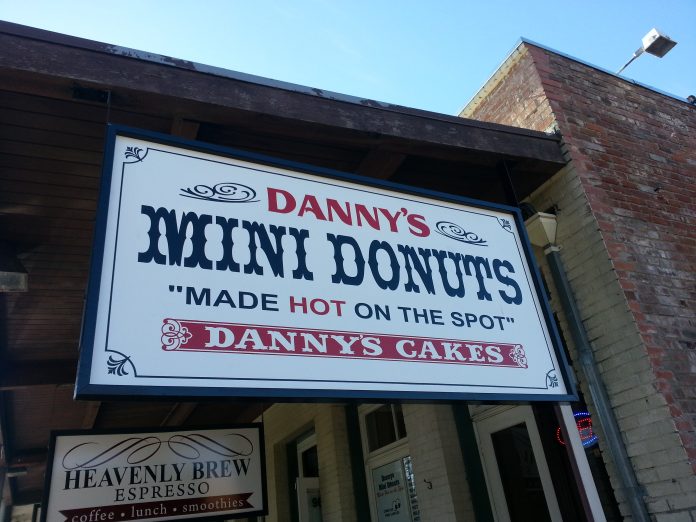 I don’t know how it’s possible that I have missed Danny’s Mini Donuts for the two years it has been enthralling its customers in Old Sacramento, but I’m gleeful to have finally discovered it.

Owner Danny Johnson’s motto is “hot on the spot,” and he’s not kidding—he makes every batch of his mini donuts to order. The hot, palm-sized confections—which are indescribably crusty-on-the-outside, light-and-airy on the inside, are made in a teeny donut fryer right in front of customers. The oil used for cooking the donuts is trans-fat free, and the aroma that arises from the fryer as it browns and puffs these little cushions of tastiness will make your knees weak.

Customers can choose to gobble their freshly prepared mini donuts plain, or doused with their choice of chocolate or vanilla glaze, powdered sugar or cinnamon sugar. I bought several boxes of mixed varieties for a carful of teenagers a few days ago, and they were inhaled so rapidly and voraciously I had to laugh.

Danny Johnson also offers an array of other treats, from mini pies and smoothies to root beer floats, but the real reason to visit is the donuts. Note: It’s best to consume the mini donuts immediately after they are cooked, when they are still hot.