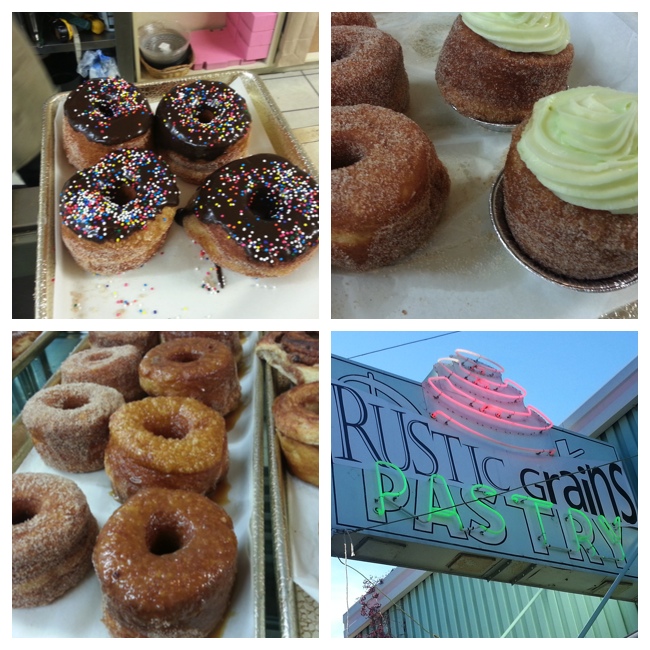 You’ve probably heard of the Cronut™ craze, focused on a trademarked pastry created by chef Dominique Ansel at his eponymous New York bakery. Described as a cross between a croissant and a doughnut, the unique, flaky pastry lures fanatical customers who often wait in line for two hours to purchase their sweet fix.

The popularity of the Cronut™ has inspired bakers around the world to try and recreate Ansel’s masterpiece, and in fact Ansel’s website solemnly warns consumers to “Please beware of imitation items claiming affiliation with the bakery.”

Eli Frank ,who owns Rustic Grains Bakery in Roseville, is now offering his own version of a Cronut™, called a “Boundi.” Offered in several varieties – including cinnamon-sugar, custard-filled and chocolate-topped – the Boundis are, according to a staff member, selling like, er…hotcakes. After ogling Frank’s selection, I took home two Boundis to share with my kids. We heated them in the oven before devouring them; and they were darned tasty. I can’t compare them to Chef Ansel’s internationally popular creations (and he wouldn’t want me to); but I think Eli Frank’s Boundis (which range in price from $2.50 to $3.50) are well worth the trip to downtown Roseville.