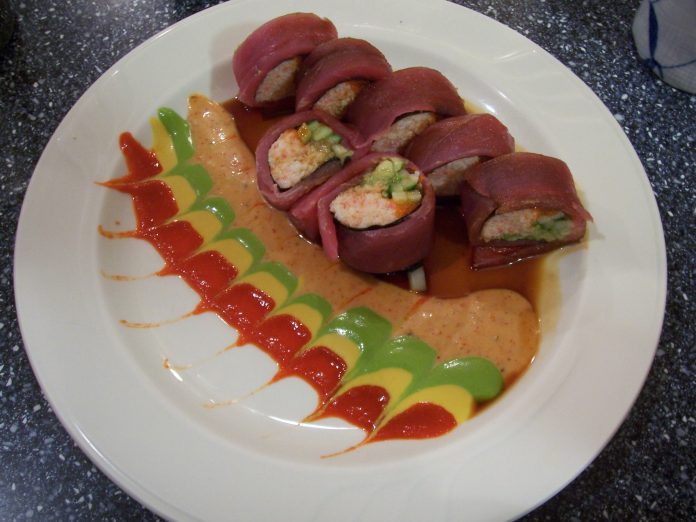 Over-the-top sushi rolls are an enduringly popular item at many of the region’s busiest Japanese restaurants. And while Mikuni is often credited for cranking out the zaniest, most elaborately sauced sushi rolls, I’ve found that Samurai Sushi in Rancho Cordova offers its customers some pretty distinctive and extravagant versions.

I recently ordered Samurai’s Tuna Bomb – an intriguing concoction of crab, cucumber and sprouts stuffed inside a raw tuna wrap. Accompanied by an array of fanciful, colorful sauces, the striking dish was as fun to eat as it was to admire. Many of the plates I saw coming out of Samurai’s kitchen had unique garnishes and complex presentations, including the Tiger Eye (salmon wrapped with squid and baked in a proprietary sauce) and the Tuna Tataki, arranged like a rose on the plate, crowned with golden fish eggs and surrounded by a vivid red sunburst of sauce.