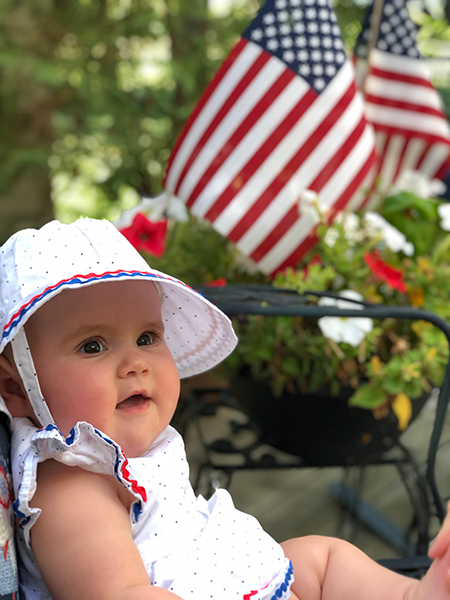 Pancake breakfasts. Parades. Picnics. Pyrotechnic extravaganzas in the sky. All of the ways we traditionally come together to celebrate our nation’s birthday have been upended by the pandemic and prohibitions against public gatherings, where COVID-19 can so readily spread.

But even though they won’t have the same sizzle, all of your Fourth of July plans don’t have to fizzle.

Decorating the front porch with flags and bunting? Safe. Dressing up the kids in red, white and blue and parading around the neighborhood? Sure. Backyard barbecuing with members of your own household? Certainly. Safely setting off legal fireworks in your driveway? Allowed. Bringing your furry friends indoors and playing soothing music to drown out the scary whistles and loud bangs? Just do it.

And what about nighttime aerial fireworks? This week, Gov. Newsom discouraged 19 counties experiencing surges in COVID-19 cases, including Sacramento County, from hosting such displays, out of concern that people would gather to watch them. But as of this writing, a couple of local cities are still offering nighttime fireworks. Here’s a roundup of what’s happening, and not, on the Fourth:

Cal Expo called off its huge fireworks display. Carmichael, which traditionally puts on a pancake breakfast and parade in the morning, followed by fireworks in the evening, has canceled everything. Davis has called off its annual community celebration, too. And Rancho Cordova not only canceled its annual two-day festival but also its alternative drive-in fireworks show.

Roseville canceled its usual festivities, but is airing a virtual parade on Saturday at 9 a.m. on the city’s Parks, Recreation and Events Facebook page and YouTube channel. And its Fourth of July Run Crime Out of Roseville 5K has gone virtual, with participants walking or running in their own neighborhoods.

Elk Grove’s Salute to the Red, White & Blue is pared down to a fireworks display, for which viewers are to “celebrate in place” and come outside their homes to watch. The Sky Concert will be simulcast on 93.7 The River and broadcast live on ABC 10, with host Mark S. Allen, Saturday at 9:30 p.m.

In lieu of its nightly fireworks show, Folsom Pro Rodeo is offering a Star Spangled Drive In on Friday at Folsom Ranch, featuring contests, music, entertainment and a fireworks show. Social distance and safety guidelines will be followed, and no vendors will be on site, so bring your own food. Gates open at 7 p.m. Tickets are $40, $50 at the gate. Refunds will be issued if the event is canceled.

However you choose to celebrate this weekend, just remember to play it safe!