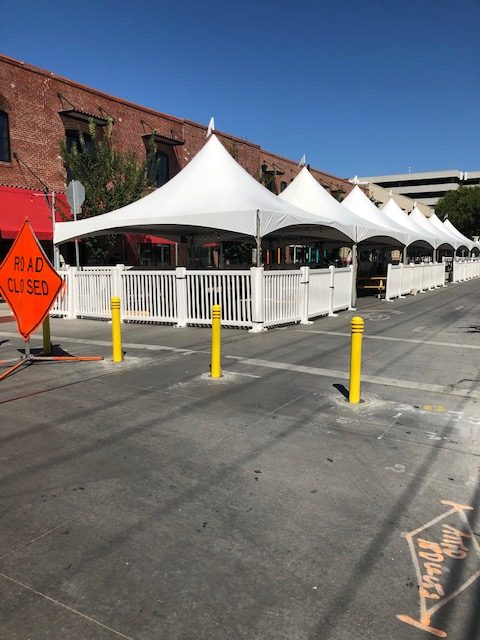 Who would’ve thought it would take a global health crisis to goose Sacramento’s street life? With the recent order to halt indoor dining, bars and restaurants are moving their operations to the streets, giving our city’s outdoor public spaces a liveliness they never had during pre-COVID times.

Exhibit A: the one-block stretch of R Street between 14th and 15th streets. Home to a clutch of popular bars and restaurants, the street was recently closed to car traffic. Now, it’s an open-air mall with cheery picket fences, picnic tables, market lights and handsome white tents. The nearby sidewalks and parking lots have also been repurposed as outdoor dining spaces. There, the food world is your oyster: You can grab a patty melt from Burgers & Brew, a slice of pepperoni pizza from Uncle Vito’s, a Thai noodle salad from Cafe Bernardo, an ahi taco from Mas Taco Bar, fried pickles from Iron Horse Tavern or a plate of fried green tomatoes from Shady Lady Saloon. 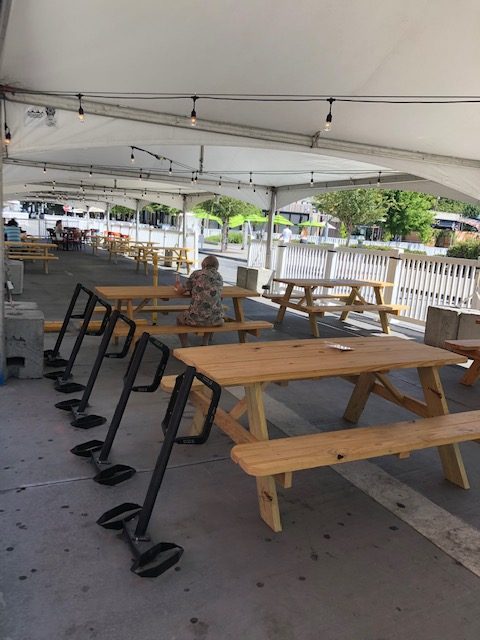 R Street Partnership helped honcho the street closure under the city’s Farm to Fork Al Fresco (F2FAF) program, which was designed to allow restaurants to operate outdoors during the pandemic with minimal bureaucratic red tape or expense. That stretch of R Street will be closed to traffic through Sept. 30. Right now, it feels a bit like Santa Monica’s Third Street Promenade crossed with a European town square at the height of tourist season. It’s a scene that Sacramentans could hardly dream of just a few short months ago.

Street closures are still pretty rare in Sacramento. A few weeks ago, the block of 20th Street between J and K that is home to the MARRS building was closed to traffic; now LowBrau Bierhalle operates a beer garden in the middle of the street. More recently, in Curtis Park, a small, little-trafficked road between Pangaea Bier Café and Gunther’s Ice Cream in Curtis Park was closed and a large tent erected for customers of both those businesses.

Garrett Van Vleck, one of the owners of Shady Lady Saloon, says he’s grateful to R Street Partnership for giving him a place to serve customers during the pandemic. Last weekend, the first weekend of the street closure, business was good. “Busier than we expected,” he said. He hopes the buzz will build and customers will be even more willing to come eat outside now that the 100-plus temperatures are gone. 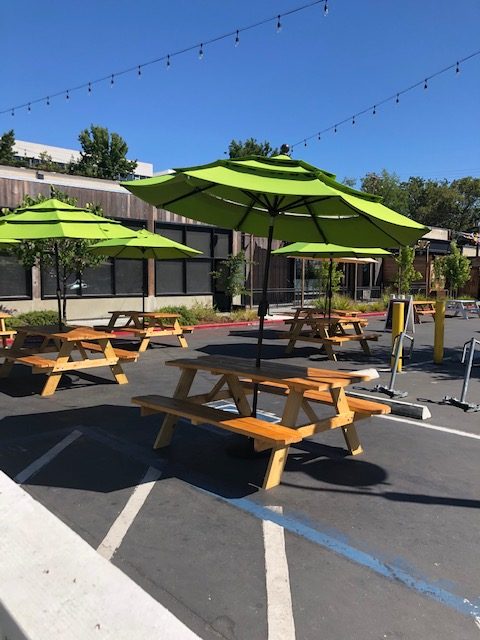