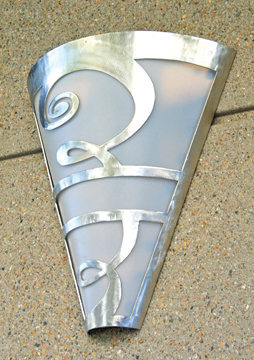 All Right, Mr. De Mille, We’re Ready for Our Close-up

While San Francisco, Los Angeles and San Diego are apparently familiar to Japanese TV viewers, Sacramento is not. Yet. That may change when a one-hour travelogue filmed in Sacramento, Yosemite and Death Valley airs on Japan’s TABI cable channel this December. “It was a small crew, but a great kudo for us,” says Lucy Steffens of the Sacramento Film Commission. “This came our way without pushing or prodding, and it really lets the area speak for itself.” So if Sacramento hasn’t been a Japanese traveler’s No. 1 destination choice in the past, we may move up a notch or two. “We may,” Steffens says. “Sacramento is something new for them to feature, something different.” Meg Oldman
Home: Point Arena, Calif.
Portfolio: Her works of illuminated etched crystal grace collections in Tokyo, Paris, Toronto, New York City, Seattle and San Francisco. She has interpreted the works of Erté and John Lennon in glass and once created a wedding gift for a member of Japan’s royal family.
Sacramento connection: Oldman was commissioned to create the sconces, medallions, windows, doors and tree grates for 800 J Lofts, a stylish new residential development on J Street (pictured at right). Her motifs are unmistakably sensuous, organic, curvy.
Inspiration: She was inspired by the beauty of the region—particularly by the rice fields as they appeared to her on flights in and out of Sacramento. “In a lot of ways, 800 J culminates in those things I’ve been thinking about and wanting for years,” she says.
Quote: “I’m always looking for an opportunity to put something beautiful in the public eye to try and balance some of the terrible things going on in the world.” Nasty smells. Gelatinous globs that used to be food. Graffiti. Body fluids. Dead pigeons. When it’s your job to deal with funk, you need a sense of humor. So instead of calling its Ford F-150 white flatbed an “abatement vehicle” or something equally bureaucratic, Downtown Sacramento Partnership calls it the “Fight the Funk” truck. “I often refer to things that smell as being funky,” says Ryan Loofbourrow, the partnership’s director of community services. “People seem to understand what I’m talking about without me having to give much detail.”
Loofbourrow’s crew of four funk fighters scoop, scrape, scour and pressure-wash streets and alleys from Third to 16th, H to L. Sacramento Regional Transit provides them with the washer (which runs hot and cold water) in exchange for keeping light rail and bus stops defunked. Find something funky downtown? Call (916) 442-2200. “People call me about everything,” Loofbourrow says. “Smells, trash, litter, graffiti . . . then we just go get it.”