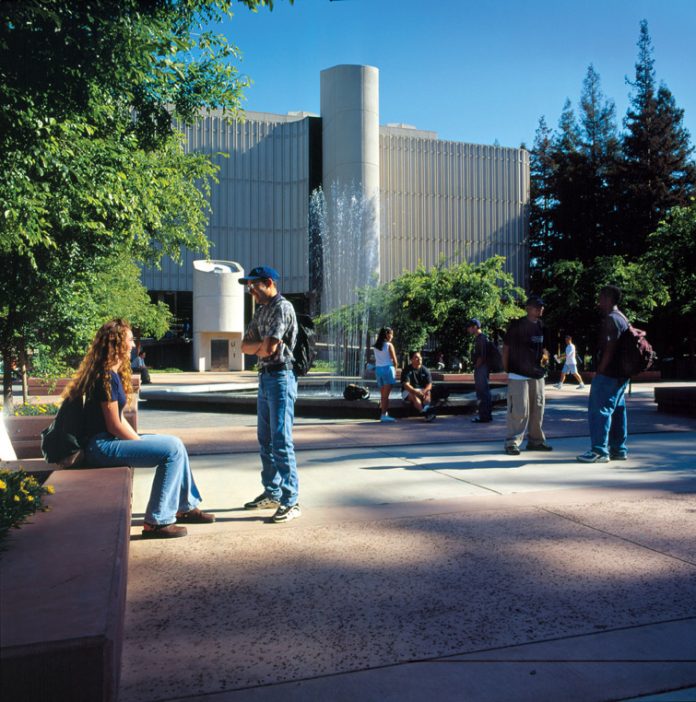 Does anyone know what the metaphor is in this excerpt?

Silence. Apparently, the natives intended to leave the professor twisting in the wind. She asked again, Does anyone know what the metaphor is in this excerpt? Anyone? Anyone? I flashed on Ferris Bueller’s Day Off as I shifted uncomfortably in my seat. C’mon, guys, this was an easy one. My own children learned about metaphors in elementary school. You’d think someone in a gathering of 40 or so semiconscious 18-plus-year-olds in a college American literature class could pick a metaphor out of a sentence.

Yet they stayed silent. Were they nervous? Bored? Was it a cruel trick on the professor, an unspoken pact among the students not to join in any classroom discussion? The syllabus clearly said that participation was 10 percent of our grade.

Almost imperceptibly, I flickered my hand. I think the metaphor here is the serpent . . . I trailed off lamely, not wanting to appear like the class know-it-all.

A look of relief flooded the professor’s face. Someone was breathing.

It was my first day back in a vaguely familiar world, wisps from a former life gathering sketchy bulk: desks attached to chairs that now forced me to turn sideways to get in, the rattle of the 1950s-era air conditioning unit. I was 43 years old, a mother of two and returning to school at Sacramento State. I looked out the scratched windows at the winding paths and young students below, appearing like ants all purposely going in different directions. What am I doing here? I asked myself. It was a question I would ask myself almost daily for the next couple of weeks.

Call it karma. I remember seeing them in my Shakespeare and short-story classes the first time I went to college in the early 1980s. I was 18 years old and they were . . . ancient. Middle-aged women in sturdy tennis shoes, little old men in khakis, airily taking up discussion time that should have been reserved for us real college students. These older students irritated me because they obviously were in class not to further their careers but for personal enrichment. I myself was embarking on a serious journalism career and in a few years would be a household name as a foreign correspondent for The New York Times, covering a war in an as-of-yet unknown corner of the world.

A quarter-century later, I am a household name, but mainly in my own household, having fallen in love and gotten married, peaking in my career as an agricultural reporter for the daily newspaper in Stockton and waddling off the job four days before my son was born. That was almost 16 years ago, and aside from a few temporary stints as a reporter or editor, I’ve freelanced from home ever since.

On Jan. 23, 2006, I became one of them. My children had become teenagers, including me in their lives solely for my driver’s license. Coming out of a child-rearing fog, I had become aware that I was no longer needed to volunteer in classrooms, cheer at PTA jog-a-thons, write the school newsletter or drive on field trips to Sutter’s Fort. It was time for me to get back to me. It was time for me to get a life.

I still like to be around when my kids get home from school, so returning to college seemed like a perfect fit. I could get a master’s degree and be on my way to another rewarding career by the time they were driving. I took personal inventory and signed up for the graduate English program at Sac State.

On that first day of the spring semester, I laced up my sturdy tennis shoes and walked onto the Sac State campus as one of the millions of older adults returning to postsecondary schools nationwide. And I silently asked all the older adults in every class I’d ever had to forgive me for my every single disrespectful thought.
I’m at a point in my life when I should be earning some money. The roof will be a sieve soon, and my son is getting brochures from private universities. And yet I chose to chase a master’s degree in just about the only subject that won’t directly translate to a spike in income. What am I doing here? I met with my American literature professor, who rattled off a few jobs I could seek with a master’s in English literature. Most of them involved teaching, and I explained I barely like my own children. Well, she said, there’s always personal enrichment.

Other students barely talked to me that first semester. I didn’t take it personally, understanding their distrust of a parental mole in their midst. And I stood out like a soccer mom with a jar of Jif and a pitcher of Kool-Aid on a MySpace page. It took me a couple of weeks to figure out I needed a backpack, noticing I was the only student who looked like an octopus, trying to juggle textbooks, papers, water bottles and a cell phone. I also learned to calm myself whenever I heard the sound of a skateboard approaching from behind. If I kept walking and didn’t make any sudden movements, like diving and rolling out of the way Mission Impossible-style, they expertly whizzed past me.

Two of my professors were younger than I, making my awkwardness more acute. My self-confidence deteriorated even further as they applied French philosopher Jacques Lacan’s theories on Shakespeare plays and lectured on Ralph Waldo Emerson’s groundbreaking naturalism essays. It’s a funny thing about education: The more you learn, the more you realize just how little you know. My evening class on early British literature was taught by a twinkly-eyed, grandfatherly gentleman who relished astonishing the younger students with lewd sexual references in medieval literature. This English-lit shock jock was somehow comforting to me, as if we at least had more experience in certain aspects of life than the younger students. On that first evening, we dutifully split open our 6-inch-thick Norton Anthology of British Literature, Volume 1s and started unpacking Beowulf. You’ve all read the Icelandic sagas, right? he asked the class. I couldn’t tell if he was joking.

Later, I stepped out into the night air, crossing campus on aching feet, cradling that huge book, my brain weary from unaccustomed use. I don’t think I can do this, I told myself. I started my ascent up the concrete stairs to the fifth floor of the parking structure and realized on the third floor that this all had been a mistake. I felt woozy, perhaps from the altitude. I waved off other students who looked like they wanted to help and crawled up the last two flights. I found my beautiful soccer-mom minivan and slipped into the luxurious leather seats. I turned the radio on to the oldies rock station and sighed. Surely, this will get easier.

A year later, I’m halfway through the program and gave up trying to figure out what I will do with my new degree long ago. As a writer, I tell myself, what could be harmful about reading great works of literature and analyzing them? I’ve learned to speak up in class, not to be embarrassed by my age and life experiences, to walk confidently anywhere on campus, to write a research paper in a post-digital library. I’ve expanded my worldview, have a better grounding in philosophy, history, geography, politics and psychology, and have a sense of accomplishment and validation I wasn’t always getting by cleaning house and chauffeuring. I learned how, during a particularly revealing cell phone conversation, to play strip darts in the dorms. My husband and friends constantly encourage me, and my parents can finally be proud of my grades. My professors aren’t only my academic advisers but my life coaches. My family has learned to make dinners and do homework without me, and my kids get to see their mother in a new light. I guess this personal enrichment stuff isn’t so bad, and I’m thinking about investing in some new, cooler tennis shoes.

When I returned to college in my 40s, I felt old and out of place. But the face of college student populations nationwide is changing. The idea of the traditional student&emdash;one who enrolls immediately after graduating high school and is financially dependent on parents&emdash;is being replaced by older students, many of them married, working at jobs and raising children. Many are single parents. Some are returning for a second degree; others are pursuing college degrees for the first time. Whatever their situations, nontraditional students are becoming the norm. Check out these statistics:

â€¢ Adult students, ages 25 and older, are the fastest-growing educational demographic, making up 47 percent of the student populations on many of today’s college campuses.

â€¢ Enrollment for this age group is projected to exceed 6.7 million by 2012, when more than half of the college student population will be older than 25.