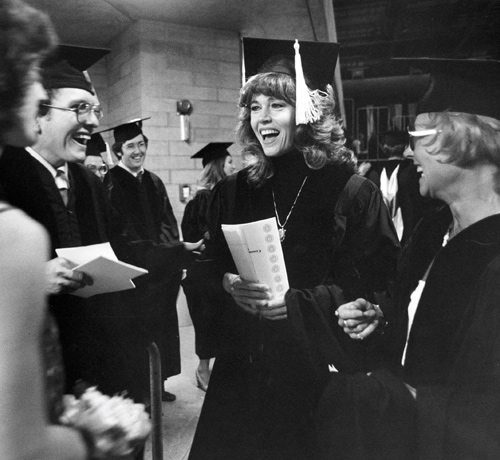 This season of commencement ceremonies might prompt those who graduated from the UC Davis School of Law in 1980 to reflect on their own graduation, and how actress Jane Fonda served as their commencement speaker. Fonda addressed the 160 graduates and an audience of thousands, saying, according to The Sacramento Bee, “The First Amendment was not designed for the timid, but was written by the winners of the American Revolution to ensure the rights of future generations on the strongest possible way . . . to be tested even when free speech is expressed in the most dramatic, provocative and even extreme fashion.”