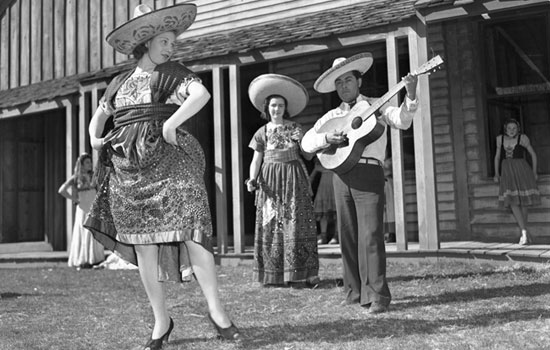 PLENTY OF SONG AND DANCE, including a performance by the unnamed group pictured above, entertained crowds at “Roaring Camp,” an ambitious, three-month-long celebration held at Sacramento’s Southside Park in 1939. The festival commemorated the 100-year anniversary of John Sutter’s landing at the Sacramento River. More than 50 structures were erected to create a “Mother Lode mining town,” many of them replicas of actual gold rush buildings. A few were kept intact after Roaring Camp ended; one served as a draftee induction center during World War II.