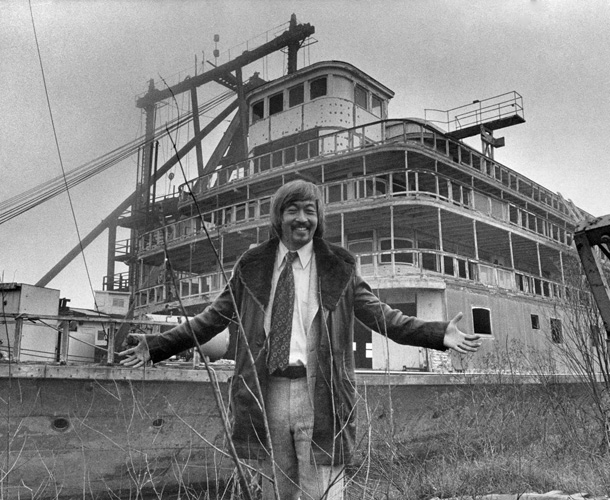 FOR A SHORT TIME IN 1978, it looked like Tom Fat was going to own the Delta King riverboat. On Jan. 27 of that year, Fat, son of restaurateur Frank Fat, placed a high bid of $32,000 on the sternwheeler. Under the rules of the auction, the sale would not be confirmed until Feb. 10, at which time someone else could place a bid of at least 10 percent more.

That’s what happened. Berkeley restaurant owner M.K. Sun paid $35,200 for the then 52-year-old vessel. Fat declined to bid higher because he and his family members determined the cost of converting the ship into a tourist attraction would be too high. Sun intended to turn it into a restaurant on the San Francisco waterfront. The plan never came to fruition, and in 1989 the Delta King became what it is today: a hotel with restaurants and live theater permanently moored in Old Sacramento.