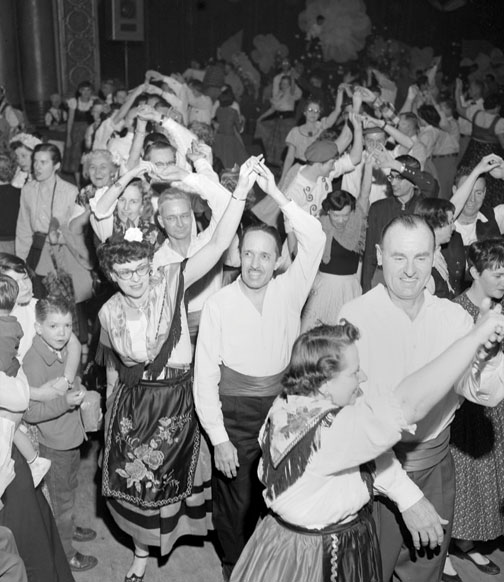 In the 1950s, Sacramento’s annual Camellia Festival flourished as a 10-day-long celebration of the city’s official flower, and included a parade, a ball and the crowning of a “camellia queen,” in addition to a spectacular camellia show. The festival also showcased folk dancing, as seen in this Sacramento Bee photo taken at Memorial Auditorium in March 1957. These days, the Camellia Society of Sacramento still holds its annual show, which takes place this year on March 3 and 4 at Memorial Auditorium. Admission is free.