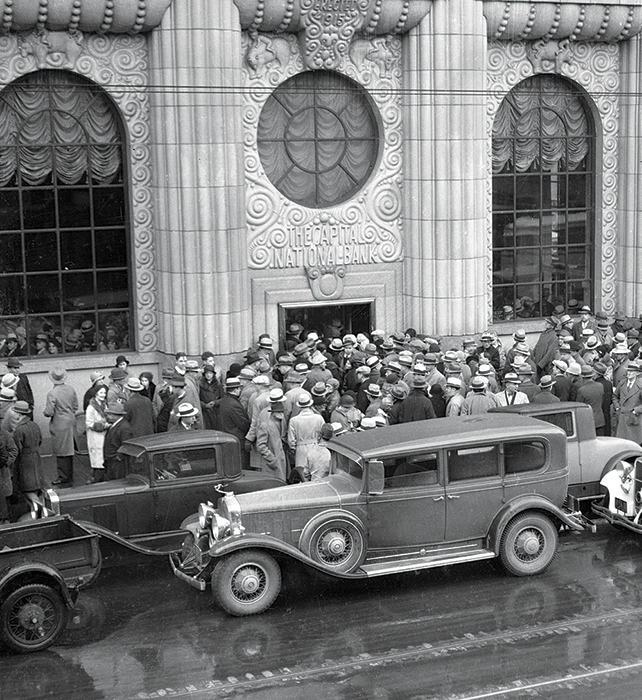 After the stock market crash of October 1929, the American public grew increasingly nervous about the stability of the financial institutions they had trusted with their savings. Waves of anxious people started to withdraw their cash. These “bank runs” continued until 1933, when newly elected president Franklin D. Roosevelt began a series of actions that eventually restored people’s confidence enough that they started making bank deposits again. This Sacramento Bee photo from 1933 shows a run on the Sacramento branch of The Capital National Bank, at Seventh and J streets.