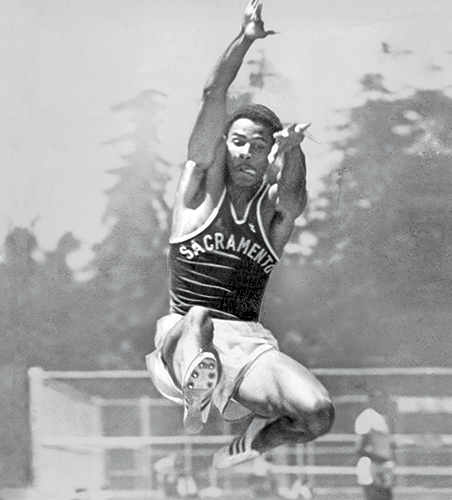 HENRY HINES III WAS one of the best long jumpers of all time. He competed for Sacramento City College, then USC, and was a national champion in 1971 and 1972. When his interests expanded into the game of tennis, he drew upon his background to develop a revolutionary program for teaching players to improve their balance and movement. He coached Arthur Ashe and Billie Jean King, among other illustrious players. In the October 1977 edition of Ebony magazine, Ashe praised Hines’ coaching, saying, “There’s no doubt a reason why I had such a good year in 1975.”