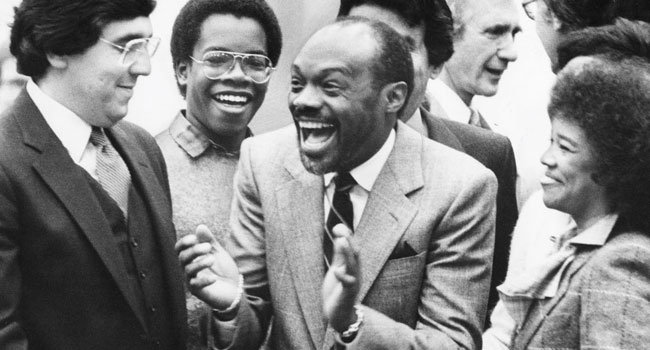 Sacramento Bee photographer Owen Brewer captured this image of Willie Brown on Dec. 2, 1980, just after Brown had been voted speaker of the California State Assembly. Assemblyman Art Torres, Brown’s son, Michael, and wife, Blanche, surround him. Brown, a Democrat, served as speaker until 1995, when he was forced out by term limits after more than 30 years in the Assembly. He held office again, as mayor of San Francisco, from 1996 to 2004.