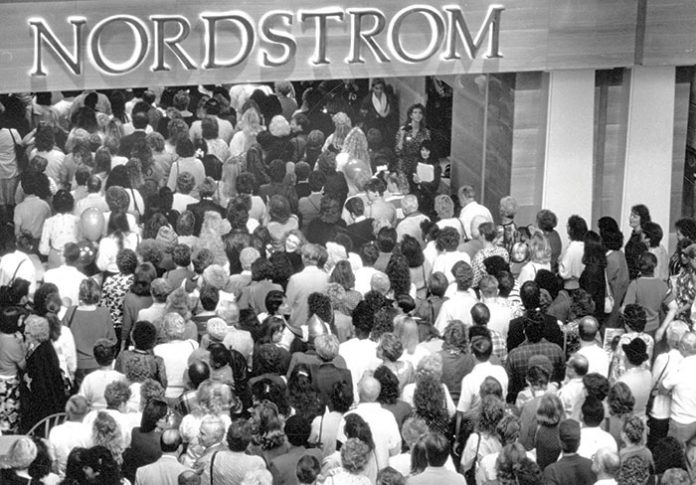 Throngs of shoppers attended the Oct. 20, 1989 grand opening of Nordstrom at Arden Fair, as seen in this Sacramento Bee photo by Jay Mather. That same day, the mall unveiled a second story, but Nordstrom clearly stole the show, with a Sacramento Bee article calling it “the crown jewel of the remodeled Arden Fair.”

This past May, Nordstrom announced the store, which in March had temporarily closed along with the rest of the mall due to the pandemic, would not reopen.