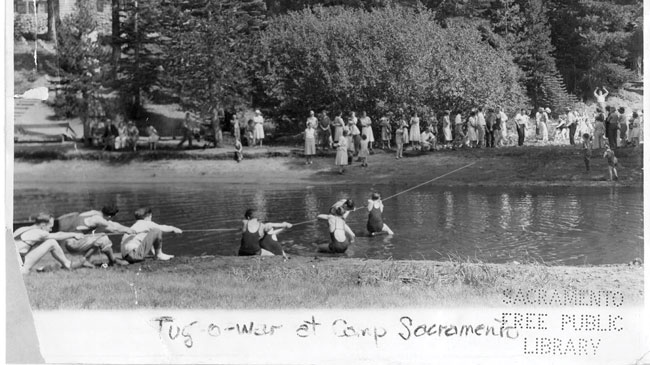 THEN: In 1928, outdoor games at Camp Sacramento included a “tug-o-war.” The city of Sacramento opened the camp in 1920, and it rapidly gained in popularity. It lies along the South Fork of the American River at Twin Bridges in the Eldorado National Forest. Most of the property’s 61 cabins were built in the 1930s.

NOW: Visitors can sing around the campfire during Camp Sacramento’s summer season, which runs from mid-June through Labor Day. Four- and six-day stays offer hiking, fishing, swimming, archery, barbecues and other pastimes. The camp fills up fast, reservations are a must, and there’s a discount for Sacramento residents.