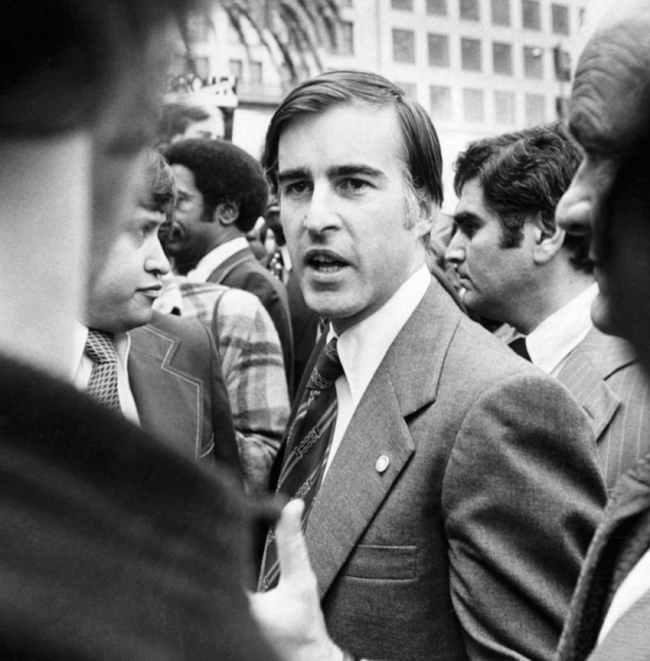 This month, as Gov. Jerry Brown leaves office, we’re circling back to his earlier days with an image of him campaigning in San Francisco’s Union Square in October 1974, shortly before he was elected governor for the first time. The photo was taken by The Sacramento Bee’s Dick Schmidt.