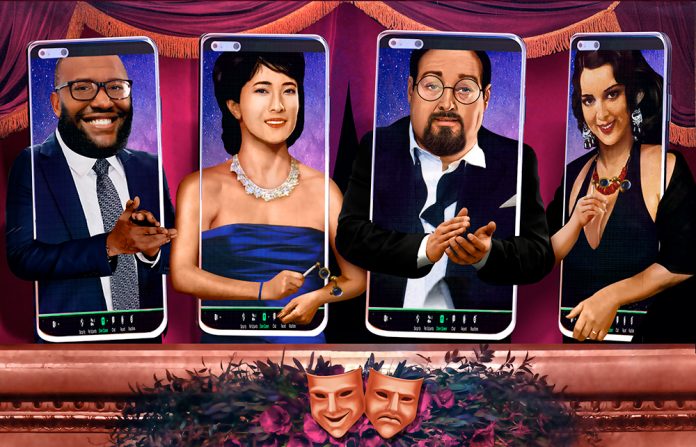 When City Theatre at Sacramento City College was forced to shut down production last March, director Christine Nicholson looked to her art as a way to cope. “We started doing Zoom play readings because people were just trying to connect in some way,” she says of her theater group.

Soon, she and her colleagues were recording plays on Zoom and uploading them to YouTube. By the time she mounted a production of “Much Ado About Nothing” with City Theatre, these Zoom shows were polished (enough), with props, shared backgrounds and stage directions.

B Street Theatre likewise found that putting on free Zoom shows allowed it to continue to entertain and offer a sense of escape to the community. Its content diversified: B Street now offers concerts, a variety show, discussions with artists, acting classes and readings of short plays designed for Zoom.

For anyone considering launching their own virtual stage performances, Nicholson has a tip: Don’t take it too seriously. She provided audience members with bingo cards listing various tech screw-ups that might occur. “You want it to be dynamic and be its own thing rather than a pale version of either theater or film,” she says.

Lyndsay Burch, a director at B Street, agrees that audience participation is key. For every show, the chat function remains on so audience can interact with staff and provide feedback. At the end of each show, actors and staff stick around in the Zoom to talk to lingering audience members. “We don’t have the resources of movies or TV, but we do have the feeling of family and community and connectedness,” she says. “It’s very different from just turning on Netflix.”