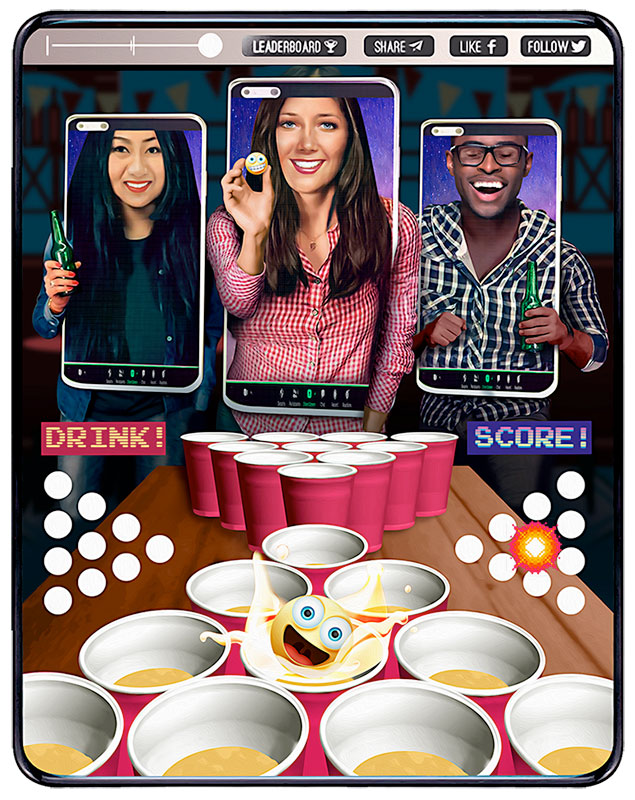 Sometimes all it takes to have a successful Zoom hang is a little friendly competition.

Midtown resident Corrine Hawes teamed up with her friends to put on a Zoom beer pong competition. What sounds like a logistical nightmare was anything but. “We threw this together in a day,” she says. “Nobody had anything to do, so it ended up being super easy.”

In all, about 25 people entered the tournament. Brackets were established, and players were put into Zoom breakout rooms with a 10-minute cap per game. The rules were loose: Set up half a beer pong table and use whatever drink you’ve got—no need to force people to go to the store to get the same exact beer during a pandemic. When players were eliminated, most remained in the Zoom to watch through to the final game. “It was a little messy, but I think people were patient,” says Hawes. “People seemed to like that it was active. They weren’t just sitting and staring a screen.”

Jason Tormey also realized that he could rally his friends together by way of tournaments. Every evening during the start of the first lockdown, Tormey took to Instagram Live to broadcast marble races, creating different divisions based on midtown neighborhoods. His friends took bets as he expanded to brackets and championships (first the Boulevard Park Tournament, followed by the Handle District Conference Tournament). “A lot of my friends were bummed that March Madness was canceled, and they wanted their fix,” he says.

Within weeks, Tormey had anywhere from 100 to 200 people watching each night. “It’s silly, but I tried to take it as seriously as possible and treat it like a big race,” he explains. “I’d read out people’s comments, do polls beforehand and announce the fan favorite, and do pre and post shows.”