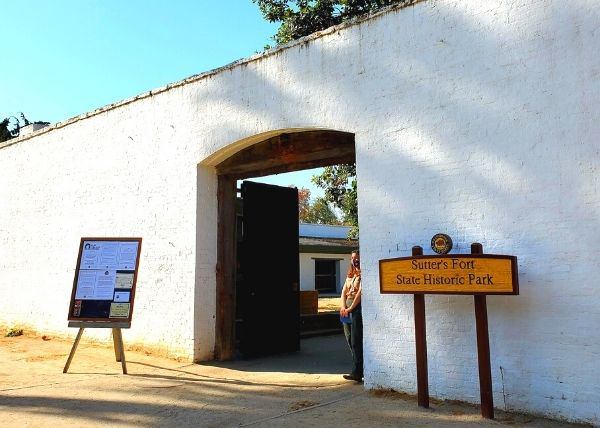 After a year closed due to the pandemic, Sutter’s Fort State Historic Park and the California State Indian Museum will reopen tomorrow, April 1. Visitors must wear masks and maintain 6-foot distance from those outside their households, and no groups larger than six will be allowed in a time. A path will be designated by staff.

In 1839 John Sutter received a land grant in the Sacramento Valley from the Mexican government. With the land, he created New Helvetia (“New Switzerland”), an agricultural empire in what it now midtown Sacramento. New Helvetia was Sacramento’s earliest settlement. After Sutter sent aid to the Donner party, the group of immigrants struggling for their lives in the snowy Sierra, New Helvetia became known as a destination for immigrants. 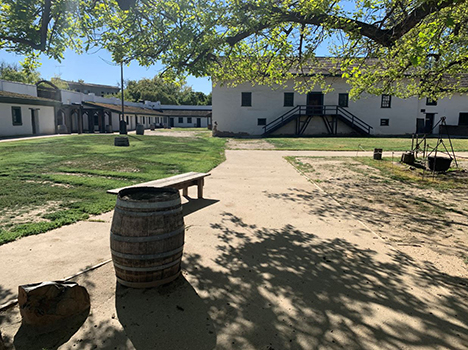 It was central to Gold Rush history as well as the development of the city of Sacramento around it. There’s plenty of history within its restored adobe walls, with examples of pioneer life on display throughout, including a covered wagon (and all that had to fit in it), blacksmithing tools, flags, and much more. 2701 L St.

The California State Indian Museum, located adjacent to Sutter’s Fort, shows the history of California’s Indigenous people. Come to learn about how they worked with the natural environment, and see the many items on display including photographs, hand-crafted dolls, baskets, hunting and fishing tools and more. 2618 K St.