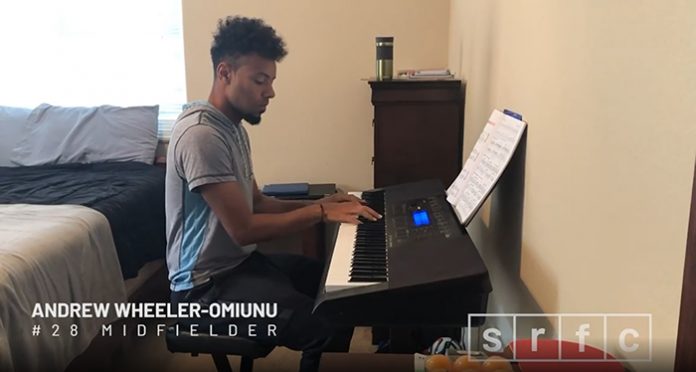 The winner will be selected by audience vote. Fans can vote for Wheeler-Omiunu by posting #MLSIdle and “Wheeler-Omiunu” on Twitter or Facebook from the conclusion of his appearance until Sunday at 11:59 p.m. ET.

Wheeler-Omiunu has an enviable set of pipes. As a student at Harvard, he sang a cappella with the Harvard Key Changes, and he recently performed Coldplay’s “Yellow” for the Tiny Apartment Concerts video series.

If Wheeler-Omiunu wins this week’s edition of “MLS Idle,” MLS WORKS will make a $1,000 donation in his honor to Sacramento nonprofit Department of Sound, which helps middle- and high school students learn the fundaments of music production.