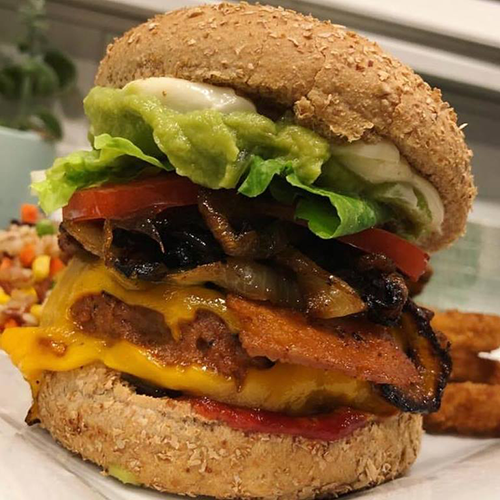 Has the pandemic, sprinkled with wildfire smoke and doused in politics, perhaps further flavored with a dab of cabin fever and possibly plated with the no-break-neediness of young children, caused you to eat too much? Maybe gain a few pounds?

If so, you aren’t alone. There are a few drastic things you can do to rectify this situation—try crash diets, take up smoking, run the equivalent of a marathon on your balcony—but among the most-healthful options is to participate in the 10th annual Sacramento Vegan Chef Challenge, which runs for all of October.

Twenty-two Sacramento restaurants and cafes, along with a dozen “pop-ups” and seven eateries in outlying areas, are participating in this year’s friendly, plant-based competition. Each is offering at least one newly created vegan menu item (which can be an appetizer or soup, main entree, dessert or brunch).

“Diners have the opportunity to go out, order and enjoy, vote, comment and post photos of the delicious vegan meals they have ordered,” event organizers say. “This month-long event is highly successful, bringing vegan and non-vegan diners out to sample the offerings from participating restaurants showcasing the culinary talents of the chefs and introducing the restaurants to an expanded clientele.”

Voting is done via Google Forms, and diners are encouraged to critique as many vegan items as they care to, from as many restaurants as their appetites and budgets allow.

This year’s voting categories include “Bring It Baaack!” In the spirit of enthusiastic (but compassionate vegan) eating, let’s call it BIB. In it, chefs may re-create diner favorites from past competitions.

And we hate to say it, but it’s all so yummy, you probably won’t lose any weight.