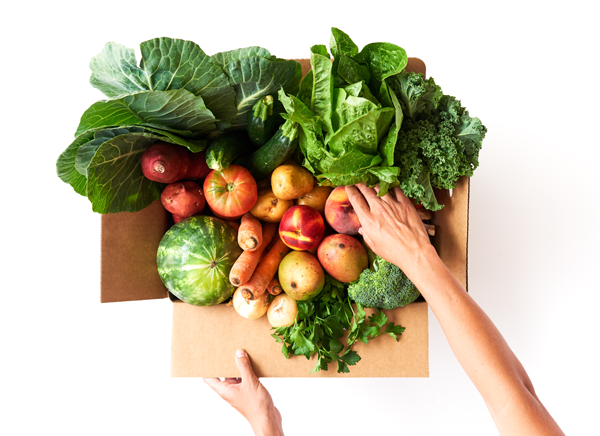 Does cute fruit taste better? How about pretty veggies? Nope, according to San Francisco-based Imperfect Produce, a well-funded startup that is betting big on bringing so-called ugly fruit to shoppers across the country.

Imperfect Produce’s direct-to-consumer delivery system, which launched recently in Sacramento, works like other produce subscription programs. Customers select the size box they want and customize it to their liking within a certain time frame. A hodgepodge of fruits and veggies is then delivered to the customer’s doorstep each week. But what differentiates Imperfect Produce and companies like it is that their inventory is composed largely of fruits and vegetables with cosmetic and other defects that most supermarkets would reject—and they sell it for roughly 30 percent less than grocery stores.

“There is a cult of perfection where grocery stores are no longer rejecting produce based on only quality standards but also aesthetic standards,” according to Ben Simon, CEO of Imperfect Produce. The company’s position is that creating a market for this produce, which they source from farms and distributors, helps eliminate food waste.

Selling less-than-perfect produce is nothing new, says Barbara Archer, spokesperson for Capay Organic and Farm Fresh To You, which offers its own subscription program. Farms have long sold subscription boxes containing produce that, judging by its looks, wouldn’t have made it onto the shelf of a typical supermarket. “We have been educating consumers about imperfect fruits and vegetables for years,” explains Archer.

Critics of “ugly” produce sellers claim that not everything those companies are bringing into the marketplace would have necessarily gone to waste. “It’s a great marketing gimmick, and I’ll give them credit for that,” says Thaddeus Barsotti, co-owner of Capay Organic and Farm Fresh To You. “But I think the reality is that a lot of what they sell is distressed product that would have ended up in the hands of food banks or ended up being sold by a discount retailer.”

Imperfect Produce says they make every attempt not to sell produce destined for food banks, and that they’re getting fresh produce into the hands of customers who might otherwise not be able to afford it, including through their reduced-cost box program, which saves qualifying customers 33 percent off each box.

“With Imperfect, we’re trying to leverage our position to get this product that would otherwise be going to waste off of farms and into people’s fridges in Sacramento and around the country,” says Simon. “We want to make sure that everybody is able to have good produce delivered to their door at a price that they can afford.”