In February and March, The Observer newspaper ran a series called “Sistahs on the Frontlines.” In these stories, 19 Black women were showcased in their roles supporting and advocating for the Black community. The women featured fed the hungry, advocated in political spaces, worked for police reform or simply supported those who needed support “as the nation battles dual pandemics,” said the series introduction, “COVID-19 and systemic racism.” The stories highlighted them as “essential workers . . . furthering the causes of the Black community.” Among those profiled: activist Faye Wilson Kennedy, Sacramento’s Black Lives Matter president Tanya Faison, EMPACT founder Leia Schenk and Stephon Clark’s mother, Sequette Clark.

This is just one example of the coverage provided by The Observer, which was launched in 1962 by Dr. William Lee, John Cole and Geno Gladden to cover and give voice to Black communities in Sacramento. Since then, under the leadership of the late Dr. Lee, his late wife and co-publisher Kathryn, and numerous family members and staffers, the weekly paper has received more than 700 awards for journalism and excellence for community service and been named the nation’s best Black newspaper six times, winning the coveted John B. Russwurm trophy, by the National Newspaper Publishers Association. 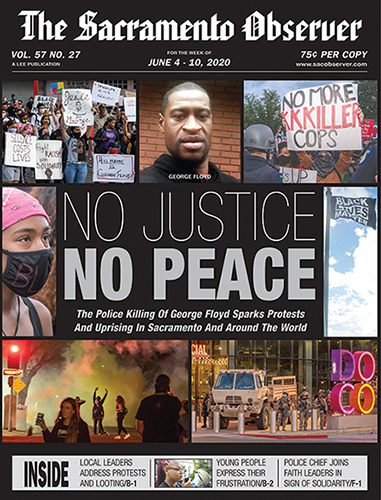 “We consider ourselves a very fortunate publication to have been in Sacramento as we grew and Sacramento grew,” says publisher and president Larry Lee, son of William and Kathryn. “We feel like we provide Sacramento news for and about the [Black] community better than anyone else.”

With Lee’s guidance, The Observer is in the midst of a transformation. This past spring, it moved its headquarters from Oak Park to Del Paso Boulevard, and its new 6,300-square-foot space—what Lee calls their “21st-century newsroom,” fully equipped with a video and recording studio—is due to be completed any minute. During the pandemic shutdown, a majority of its print content went online, which led to increased readership and engagement, Lee says. With a rebuilt and redesigned website, The Observer then launched a redesigned print product, full color throughout, in August.

“We have built and grown our capacity in ways I never imagined going into 2020—and then going into the pandemic,” says Lee, adding that his team has undergone training that has expanded The Observer’s capabilities as a digital news organization. 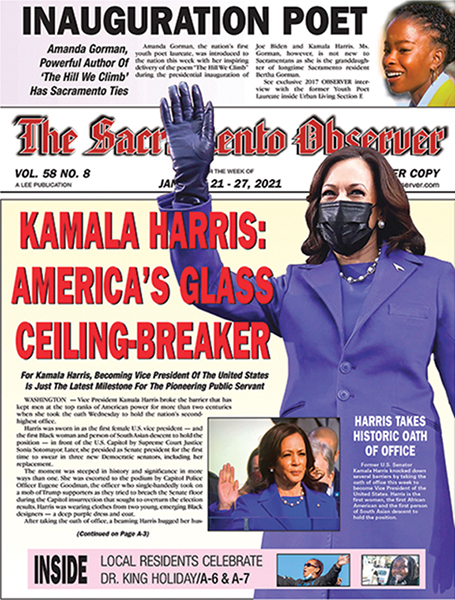 Also, this past spring, Lee hired award-winning diversity journalist Stephen Magagnini, who was The Sacramento Bee’s diversity writer from 1993 to 2018, as The Observer’s new editor in chief. Magagnini, who is white, has taught at Sacramento State, UC Davis and other universities—he created a course at Davis called Covering Diversity in 2019. Magagnini says he hadn’t planned on returning to journalism until Lee tracked him down; Lee says he wanted someone who had institutional knowledge about publications, Sacramento’s history and, of course, the Black community.

“I’m honored to be on his team,” says Magagnini. “I am not a Black person, and I have not lived in Black shoes and Black skin. But I am a veteran journalist.”

Magagnini adds that he is proud to be a member of a great tradition, the Black press in America, which plays an important role in fighting for racial justice. 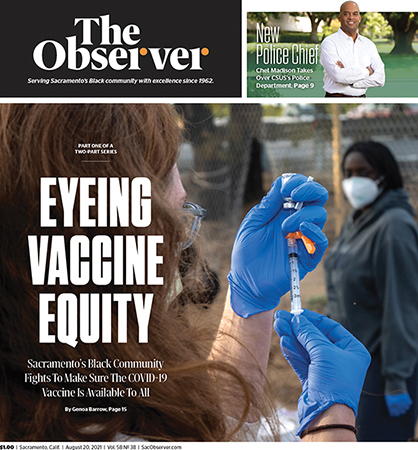 Members of the Black community see The Observer’s role in Sacramento as crucial. Derrell Roberts, CEO of the Roberts Family Development Center, which offers after-school programs, parenting classes and other family-support services in North Sacramento and the downtown Broadway corridor, values the coverage the paper has provided throughout the past 30 years. “It has [taken] an unrestricted look at what we provide, who we are, and why we provide it,” he says. “The Observer has a tendency to listen and record specifically what they’re actually seeing, without prejudging for themselves, the angle of the story.”

The Observer also has a partnership with Fortune School, a network of public charter schools founded by Dr. Rex Fortune to close the Black achievement gap by getting kids ready for college starting in kindergarten. Fortune School includes nine schools (eight of which are in the Sacramento region) named after icons in the Black community. One of those schools: William Lee College Prep.

“[The Observer plays] that role in Sacramento, like the Black press, of telling a positive story of Black people,” says Fortune. “We so often see African Americans portrayed in the headlines of the mainstream media in negative ways that it’s important to have a Black voice that tells our true story. [The Observer is] about reporting the hard news, for sure, but also they advocate for the interests of African American people.” 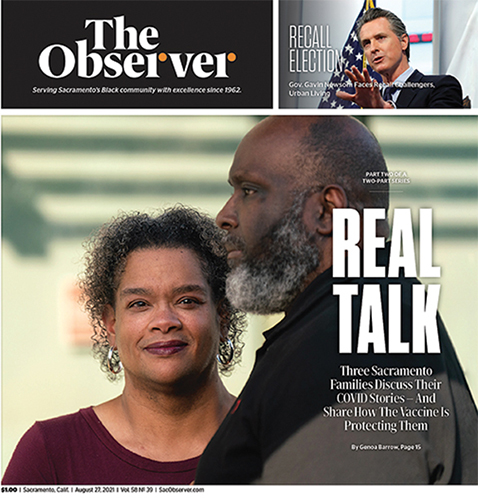 Although throughout its history The Observer has covered national news, its content is about 85 percent local. In June, it was awarded a Burnett Award for recording and making history from the Sacramento History Museum. “It is always great to be honored and saluted by our own community,” says Lee. “The Observer is a fabric of that. So when the story of Sacramento’s history is told, The Observer should be a part of that history—and hopefully for years to come.”