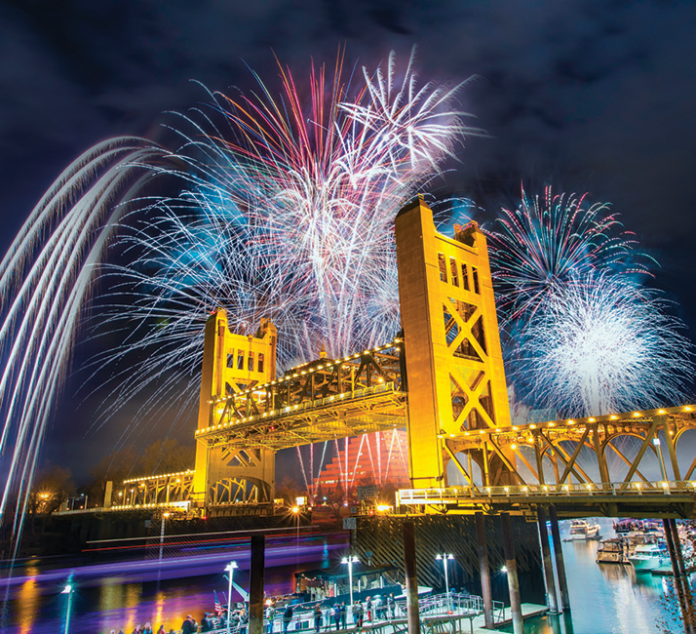 “Fireworks cause extensive air pollution in a short amount of time, leaving metal particles, dangerous toxins, harmful chemicals and smoke in the air for hours and days. Some of the toxins never fully decompose or disintegrate, but rather hang around in the environment, poisoning all they come into contact with. Exposure to fi ne particles, like those found in smoke and haze, is linked to negative health implications, such as coughing, wheezing, shortness of breath, asthma attacks and even heart attacks.”

A mere hangover sounds much better by comparison, doesn’t it? On its web pages, “PBS NewsHour” further accentuates the pyrotechnic-induced pain by pointing out: “As a national average, culled from 315 different testing sites, Independence Day fireworks introduce 42 percent more pollutants into the air than are found on a normal day.”

Two and a half years ago, on New Year’s Eve in 2019, Forbes blogger GrrlScientist did an investigative deep dive into the celebratory big bangs in the sky. In explaining that “fireworks’ colors depend upon solid metal salts and chemical explosives,” she listed the common ’cracker components of lithium (pink), sodium (yellow or orange), copper and barium (green or blue) and calcium or strontium (red).

The blogger said that such heavy metals undergo chemical changes when they combine with oxygen, creating the firework look. She points out starkly, “This chemical reaction releases smoke and gases such as carbon dioxide, carbon monoxide, and nitrogen, and these are some of the primary greenhouse gases responsible for climate change.

“During the explosion, these metal salts do not ‘burn up.’ They are still metal atoms, and many of them end up as aerosols that poison the air, the water and the soil. When inhaled or ingested, these metals can cause a huge variety of short- and long-term reactions, ranging from vomiting, diarrhea or asthma attacks, to kidney disease, cardiotoxic effects and a variety of cancers.”

OK, that’s probably enough about the dangers fireworks pose to people. As for what they do to nonhuman creatures, we turn to a resource none other than the U.S. Fish & Wildlife Service.

“The shock of fireworks can cause wildlife to flee, ending up in unexpected areas or roadways, flying into buildings and other obstacles, and even abandoning nests, leaving young vulnerable to predators,” the FWS posted on its website. “The threat to wildlife doesn’t stop at startling lights and sounds; fireworks also have the potential of starting wildfires, directly affecting wildlife and destroying essential habitat. Litter from firecrackers, bottle rockets and other explosives can be choking hazards for wildlife and may be toxic if ingested.”

None of that sounds reassuring, does it? From an environmental standpoint, is there anything positive to say about fireworks? Perhaps. From many thousands of miles away, according to Terrapass.

Publicly funded fireworks displays in Sydney, Australia, are “100 percent carbon neutral,” Terrapass says. “Event goers are encouraged to bike, walk or use public transportation to get to the festivities and nearly all of the garbage left behind is recycled. The professional grade fireworks are made from biodegradable paper, leaving no compounds or chemicals wafting through the air.” Finally, a blast of fresh(er) air.