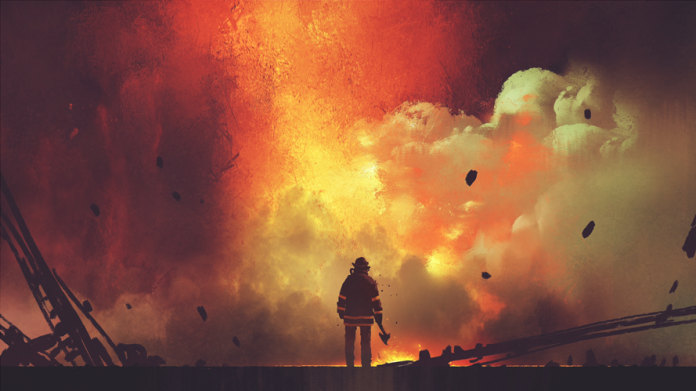 The prolonged wildfire season that many experts say is the new normal for California has claimed lives and destroyed property, but it has also taken a toll on the mental health of firefighters who must battle the historic blazes.

“With something like the Carr Fire, the amount of work in front of you is overwhelming, the conditions that you’re facing are overwhelming, and to a degree it overloads your system,” says Brian Rice, president of California Professional Firefighters. “Aside from being physically drained, you can experience a lack of concentration, loss of appetite, sleep difficulties. Your irritability level with co-workers and family skyrockets.”

For some first responders, dealing with trauma experienced on the job becomes so daunting that they lose all hope. In 2017, more firefighters in the United States died by suicide than in the line of duty, according to a study by the Ruderman Family Foundation. “Suicide is a plague on our profession,” says Rice.

That’s one reason CPF and others advocate deploying peer supporters at the outset of a major fire event to help firefighters cope with the emotional strains of the job.

“They’re firefighters who are trained to talk to firefighters who have been through horrific situations, offer education and direct them to resources,” says Rice. “In the same way that there are engines mobilized and health officials mobilized to deal with physical injuries, those peer supporters need to be in there right at the beginning because firefighters are going to be seeing things that they can’t unsee.”

There was a time when talking about mental health among firefighters was taboo. “We used to be told that this was a job and if you don’t like it, find something else to do. In fact, I used to say the same thing when I was a captain,” recalls Rice. “But we know better than that today. We have to talk about our behavioral health exactly the same way we talk about being physically fit, because the mind and body function together. And it doesn’t matter if you have a broken body or a broken mind—you’re not going to be able to function as a whole person.”

In spite of the real possibility of a perpetual wildfire season and the traumatic stresses that come with it, Rice sees reason for hope. “I think our awareness level is way up. We need to make sure our firefighters and paramedics know you don’t have to live with this stuff and just go about your day. This is an injury, and you can heal from it.”