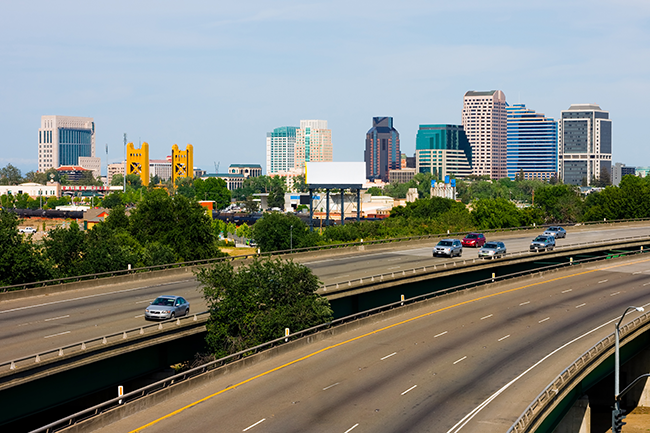 Almost immediately after Gov. Gavin Newsom issued his stay-at-home directive on March 19, California’s roadways became significantly less congested. According to data supplied by the California Department of Transportation and shared in a special report out of UC Davis, there was a 20 to 55 percent decline in traffic on 14 selected interstates and state highways.

For example, along Interstate 80 through Fairfield, in early March the peak volume of vehicles during any hour was 5,780. Between March 19 and April 11, however, that number shrank to 4,089, representing a 30 percent reduction. It is reasonable to expect that traffic on Sacramento’s roadways decreased by similar amounts.

Did less traffic result in better air quality? The short answer is probably yes, but not by much.

One handy resource for information about pollution in our area is the Spare the Air website, sparetheair.com. It is produced from a partnership of the Sacramento Metropolitan, El Dorado, Feather River, Placer and Yolo-Solano air districts. The site posts current Air Quality Index readings, forecasts what they will be the next day, and lets visitors search for conditions on past days.

Spare the Air shares sensor readings about two types of pollution, one category encompassing particulate matter and wildfire smoke, the other category being ground-level ozone. The ozone readings are the ones directly related to automobile exhaust.

OK, now for the comparison of air quality before and after Newsom’s directive. On May 1 (a Monday), 2019, the region’s maximum AQI in the Sacramento region was 67. Exactly one year later, on May 1 (a Wednesday), 2020, the region’s AQI was 64. In a side-by-side comparison of those same two dates, Sacramento Metropolitan’s readings went from 47 to 44. Only El Dorado’s rose, and only slightly (from 61 to 64).

Of course, that is too small of a metric from which to draw any confident conclusions. But it does suggest that during the initial shelter-in-place directives prompted by the Covid-19 pandemic, Sacramentans breathed slightly cleaner air.