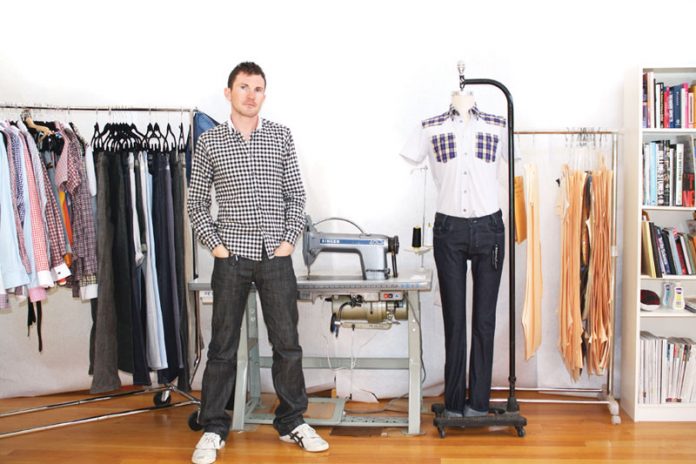 Like a modern-day Levi Strauss, Placerville native Noah Landis hopes to strike gold with a humble product: blue jeans. But unlike Strauss, who created work clothes for rough-and-tumble miners, Landis designs men’s premium jeans that retail for $160 to $200. The 28-year-old, who studied menswear and tailoring at San Francisco’s Academy of Art University, left his job at Gap Inc.’s corporate office two years ago to start his own company, called Kent Denim. His specialty? Jeans made of raw, unwashed denim from Cone Denim’s historic White Oak mill in North Carolina. “It’s the cashmere of denim,” he says. (You break them in yourself, wearing them as long as possible—six months even—before washing for the best fit.) Landis has a showroom in New York, and his jeans are sold around the country at The Blues Jean Bar and, locally, at Lazio in El Dorado Hills. Landis operates his company from his parents’ farm in Placerville—a fitting spot, given that the Mother Lode is the birthplace of the blue jean. “Levi Strauss invented jeans for the gold miners,” he says. “This is probably the most authentic place I could be.”