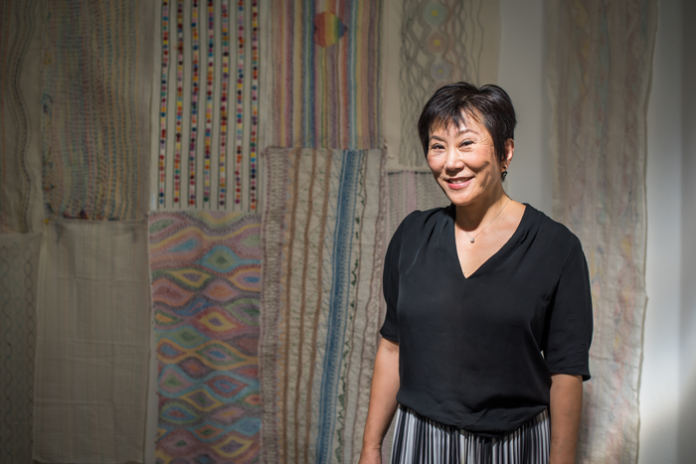 When artist-activist Jennifer Kim Sohn starting reading about the global refugee crisis three years ago, she saw an issue “so serious and difficult” that at first she was unsure how to respond. “I was learning about Syrian refugees and wondered how to deal with something so complicated,” she says. “At first, I wanted to convince myself it was so remote, what could I possibly do?”

Sohn turned to art as a way of taking action, first doing daily sketches based upon images of refugee families she found online. While creating the somber visual diary, “I noticed I had a shift in attitude,” explains Sohn. “Instead of feeling worried and helpless, I felt like I could be with [the refugees] in a way. I thought just witnessing their suffering was me giving back to them in a sense.”

Sohn came across a startling statistic: The United Nations estimates there are 25.9 million refugees worldwide, half of them under the age of 18. “We throw around the word ‘millions’ a lot, but I’ve never seen a million of anything. I wanted to be able to visualize it.”

That’s when the idea came to her to create a piece of art that could capture the enormity of the refugee crisis: a work containing 25 million embroidered stitches on muslin panels to represent the multitude of individuals displaced from their homelands. In the beginning, Sohn thought she could tackle the endeavor on her own, but she was quickly overwhelmed by its scale. That’s when the community art project 25 Million Stitches was born.

So far, around 900 fabric panels have been distributed to participants across the United States and in a handful of foreign countries. The participants fill them with original designs—some intricately detailed, others basic. The panels then are returned to Sohn, often with a note enclosed from the creator.

“They talk about how it’s a wonderful outlet for them to show their concern,” says Sohn, who developed a methodology for counting the stitches. “I’m hoping that, while working on the piece, people will have the kind of opening that I experienced.”

Eventually, the panels will be sewn together and displayed publicly. An exhibition of 25 Million Stitches is planned for 2020 at Verge Center for the Arts. Sohn hopes that higher visibility for the project will translate into greater concern about the refugee issue.

“I think the way activist art works is like tilling the soil: It prepares people to be more receptive the next time they come across an article or engage in a discussion,” she explains. “I would be really happy if this work achieves that goal.”