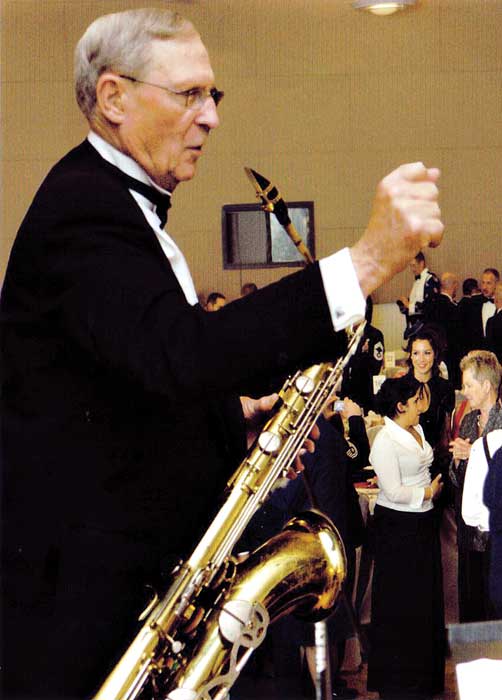 Who says love can’t last? Warner Seargeant fell head over heels for the baritone sax in college and continues the courtship today as the bari-playing music director of the local 18-piece Swing- Masters big band. At 76, Seargeant isn’t the youngest cat in the band, but he’s not the oldest, either. “I’m not giving any names, but there is one person who will not admit to being an octogenarian,” says Seargeant, a Carmichael resident and retired teacher/school administrator. “We also have a couple of guys in their 30s, so we have a wonderful, serendipitous range of ages.” Fronted by singer Rubi Lee, the group plays mostly swing-era standards like “’S Wonderful,” but also throws some Latin jazz into the mix, says Seargeant. After 13 years together, they’re like family. “We are pretty close,” he says. Mostly, though, it’s a lot of fun. “Nobody’s there with a whip,” quips Seargeant. “We’re having a good time.” This month, SwingMasters spreads the joy in back-to-back concerts. On June 19th, catch them at Bertha Henschel Park, 160 45th St. in East Sac, from 6 to 8:45 p.m.; on the 20th, they’re at the band shell in Carmichael Park, 5750 Grant Ave. in Carmichael, from 6:30 to 8:30 p.m. Both shows are free. For more information, visit swingmasters.org.