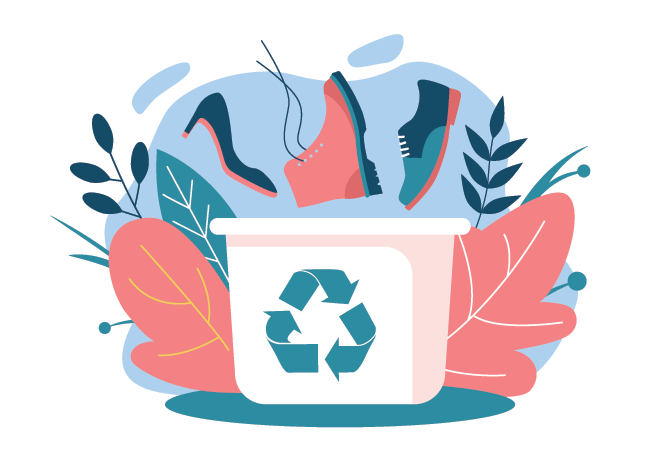 If you consider yourself to be environmentally responsible yet you often buy new shoes, your “green” cred might be on shaky ground.

Running shoes are sourced, manufactured, transported and disposed of at a significant environmental cost, especially considering that more than 20 billion pairs of them are made every year. On average, one pair of shoes contributes a bit more than 30 pounds of carbon dioxide emissions.

RunRepeat, an all-about-shoes website based in Fort Collins, Colo., in February posted a lengthy and statistics-soaked analysis of so-called “eco sneakers.” The author, Danny McLoughlin, asserts that “if the sneaker industry was a country, it would be the 17th largest polluter each year.”

According to McLoughlin, only about one of every 29 running shoes manufactured these days qualifies as being an eco sneaker, and they cost almost $50 more. What qualifies them as eco? Examples include the use of recycled materials, such as uppers made from recycled plastic water bottles, and midsoles (the main cushion) that are to some extent biodegradable.

Overall, McLoughlin concluded, eco sneakers can claim only a 9.12% reduction in carbon imprint from regularly produced running shoes. He advocates that Americans, who on average purchase three pairs of athletic shoes a year, instead purchase two. “Buying fewer pairs of sneakers will always be more effective than buying eco sneakers,” he wrote.

SoleScience, a Canada-based collective of pedorthists (basically, shoe-fit experts) and lab technicians, recommends that people replace their shoes every eight to 12 months. Running shoes, SoleScience says, typically wear out by 435 miles of use.

So we arrive at the part of the story that normally would contain savvy tips about what you can do to adopt a more sustainable approach. Sadly, those among you who are devoted runners and walkers likely would not appreciate being told to take up swimming or bicycling instead. No, you’re going to continue to buy shoes because the last thing you want is for old, worn-out sneakers to compromise or wreck your lower extremities and back.

You can partly assuage any guilt you might have by donating your used shoes—to thrift stores, for example. Fleet Feet, midtown Sacramento’s retail athletic-footwear store, accepts unwanted running shoes no matter their condition. Soles4Soles, a nonprofit out of Old Hickory, Tenn., collects shoes nationwide for redistribution in developing nations and has several drop-off locations in the Sacramento area.