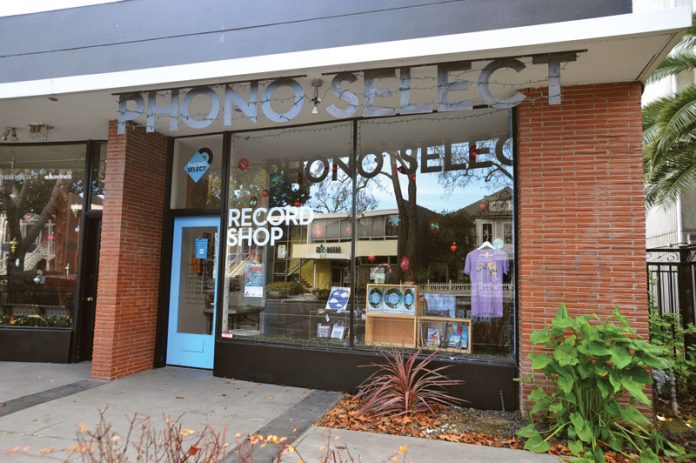 The Return of the Record Store—The vinyl record is staging a comeback. Virtually extinct since the mid-’90s, records are finding favor with a new generation of music fans who appreciate the quality of the sound and the experience of playing an artist’s album from start to finish the way it was intended—no multiartist digital playlist, no shuffle.
Late last year, Nicholas Lujan and Dal Basi opened a record store in midtown called Phono Select. The boutiquelike shop carries an interesting selection of records (mostly new, some used) in a variety of genres: punk, underground metal, indie rock, darkwave, psych rock. Much of it comes from garage labels in limited pressings. “We seek out stuff that’s a little left of the dial,” says Basi, the store’s “sound selector,” who worked at Tower Records for 25 years.
Lujan and Basi are thrilled that people are starting to venerate vinyl again. “With digital, music became disposable,” says Lujan, comparing the record’s return to the Slow Food movement. “It’s like eating a cheeseburger from McDonald’s versus a great meal from Alice Waters.”