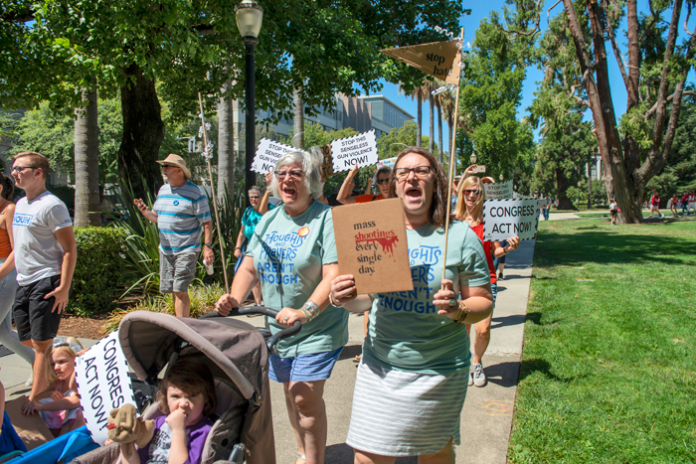 On a cloudless summer morning, a group of adults huddled in the back corner of a bustling coffee shop in Sacramento’s Curtis Park neighborhood, lattes and notepads sprawled out on the table before them. At one end stood Rosemary Yoshikawa, a genial woman who was there to recruit volunteers for Moms Demand Action, a grassroots organization working to end gun violence in the United States.

It had been two weeks since 31 people were murdered in mass shootings in El Paso and Dayton, and a sense of urgency seemed to permeate the gathering. Like the people seated around the table, Yoshikawa, who is the lead for Moms Demand Action’s capital area group, joined the organization in the aftermath of a mass shooting.

“Sadly, there have been so many shootings, I don’t remember the specific one,” she says. “I just realized I had to do something other than sitting and watching the news. I went online and found Moms Demand Action and was impressed by what they were doing, so I joined.”

Founded in the wake of the Sandy Hook tragedy by Shannon Watts, a mother of five, Moms Demand Action is part of Everytown for Gun Safety, the nation’s largest gun violence prevention organization. “A good portion of the people who join are moms with young kids,” says Yoshikawa. “The gun issue resonates with them. Their kids have to go to school and go through live shooter drills. They are the most passionate volunteers we have.”

Together with fellow members, Yoshikawa lobbies lawmakers, tables at farmers markets and other events, and attends rallies and conferences in an effort to prevent gun-related deaths. The group has been pushing for legislation requiring universal background checks for all firearm purchases and for red flag laws, which allow courts to order the temporary removal of firearms from a person deemed a danger to themselves or others.

“I’ve had a woman come up to me once who said a background check saved her life,” recalls Yoshikawa. She’s also met victims of gun violence and people affected by suicide. “Their stories really stick with you.”

Does she ever get into heated exchanges with gun-rights advocates in the course of her work? “I haven’t. We start out by explaining that we are for the Second Amendment. We also know that most gun owners support safe gun laws. A lot of what I say is dispelling myths or correcting facts. In my experience those conversations have been positive.” 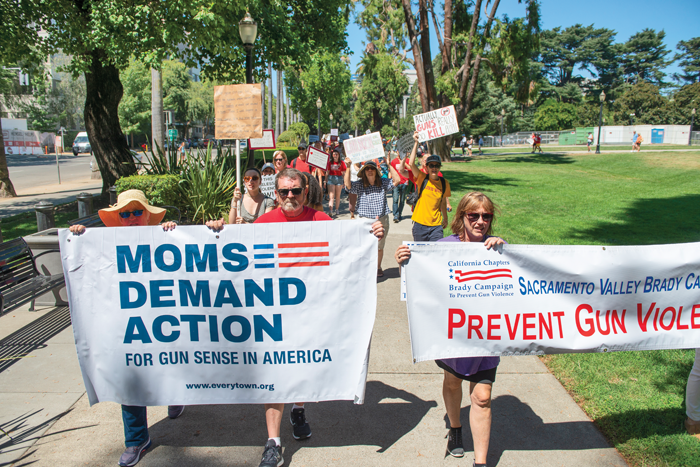 And they seem to be shaping the nation’s gun debate. Eighty percent of the 110 state and federal candidates backed by Moms Demand Action won seats in the 2018 election.

“Candidates are having conversations about gun safety that they weren’t having before,” says Yoshikawa. “We’ve been disappointed by leaders so many times, like after Sandy Hook, but I think things are changing. We know that when we have had a success we have saved lives.”