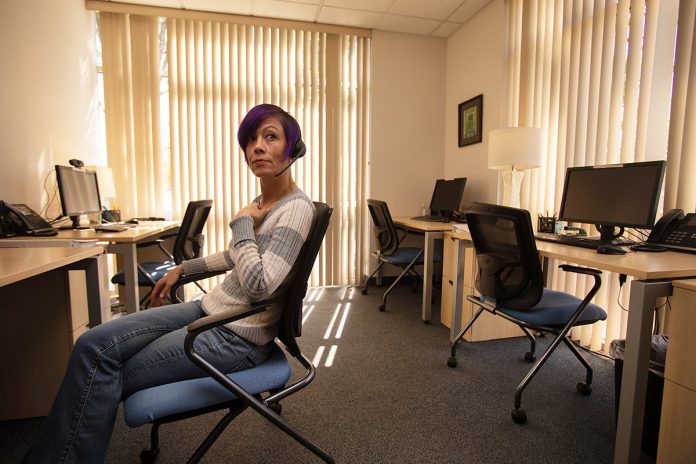 “There are many nights where I save a life,” says Stephanie Stiavetti of her work as a volunteer crisis line counselor with WellSpace Health Suicide Prevention Crisis Line.

A Mindset Coach by day (“I help people who are stuck in life get to the next level,” she says), Stiavetti underwent rigorous foundational training—including job shadowing, participating in mock practice calls and taking calls while under supervision—before getting on the line solo. She volunteers for four hours per week. “So far, it has been one of the most incredible experiences of my life,” she says. “It’s a hard job, but I’ve found that some of life’s hardest experiences are also some of the most profoundly important.”

Although the crisis line takes calls from people contemplating suicide, Stiavetti also helps callers caught up in other problems. “By the time they get off the phone with us, they not only have the immediate help that we have provided, but we have a plan going forward,” says Stiavetti. Counselors follow up with callers later. Stiavetti says many callers appreciate just knowing somebody cares. “Sometimes we’ll get a voicemail and leave a message, but the person calls back and says, ‘Thank you so much for that message,’” she says.

People can connect to a WellSpace crisis line counselor 24/7 via voice, chat or text. WellSpace provides local suicide prevention hotlines directly for Sacramento and Placer County residents and answers calls for the National Suicide Prevention Lifeline in 50 of 58 counties in California.