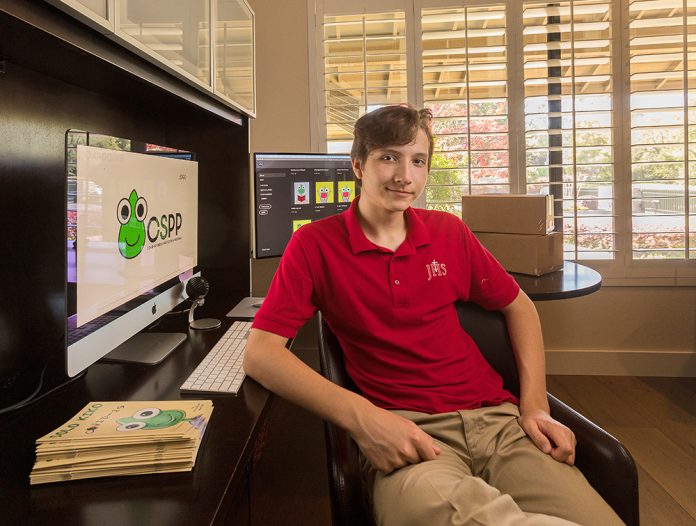 As some schools were preparing to resume in-classroom instruction this past fall amid the pandemic, Brandon Rogers-Martel realized that students could play a vital role not only in preventing the spread of the virus but also in bringing valuable information home to their families. He was especially concerned about getting information delivered to underserved and non-English-speaking communities.

“The main concept of CSPP was that students, through preventive measures, could protect themselves and their families,” he says.

Rogers-Martel also authored two books aimed at kids in kindergarten through fourth grade. “Solo Kiko COVID-19,” which was released this past January, explains the virus and the importance of staying safe. “Solo Kiko COVID-19 Vaccine,” which, as the name suggests, explains the vaccine, was released this past March. Both books are available in English and Spanish, with plans to have them translated into Russian and Vietnamese. So far, some 30,000 books have been distributed to elementary schools throughout the region, along with much-needed supplies such as PPE and hand sanitizer.

Rogers-Martel estimates he spends 30 hours a week on his volunteer efforts. He admits it’s a lot to juggle along with a full course load at school. “It’s really hard, but the team that we have working on this has really helped me a lot,” he says. “I could not do this myself.”

Along with his family, Rogers-Martel credits the staff and students at Jesuit for keeping him going. “They practice what they preach,” he says. “All their moral teachings have helped me to cope with what’s been happening with this pandemic and helped me understand how I should act to serve my community. This whole thing has taught me a lot of humility and compassion.”

To learn more about the COVID-19 Student Protection Program, go to covidstudent.org.