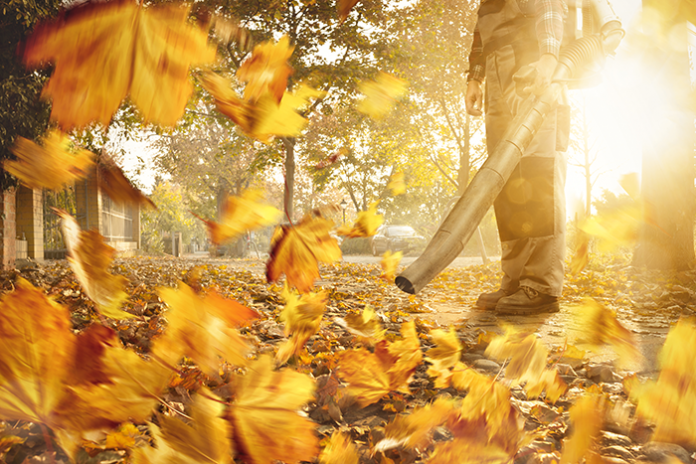 As Col. Sherman T. Potter used to exclaim in frustration on “M*A*S*H,” what the H–E–double–hockey–sticks is going on here?

You look out the nearest window and see a growing cloud of dust coming from a neighbor’s yard. Not necessarily a next-door neighbor. The lawn in question could be a block away, and the noise would still be deafening. You shake your head because you’ve heard this tune before.

The Sacramento City Council in February heard a leaf blower-related proposal from Jeff Harris, whose District 3 encompasses East Sacramento and part of Natomas. Sacramento Bee reporter Theresa Clift wrote at the time that Harris called for a ban on both gas- and electric-powered leaf blowers whenever “the Air Quality Index hits or exceeds 100, which happens on average about 34 days a year.” So far, the council has taken no action.

Leaf blowers’ undeniable pollution, of both the emissions and noise varieties, has irritated millions of us since they were invented in 1959 by someone who by now, presumably, is resting in peace.

According to a Facebook site called Ban Leaf Blowers in Sacramento, one gas-powered mower can generate as much pollution as 12 late-model cars.

Such emissions have consequences, especially in our leafy metropolis. The American Lung Association ranks Sacramento-Roseville as the country’s fifth-worst metropolitan area in terms of ozone pollution, whose contributors include gas-powered engines. The region ranks 16th in year-round and 11th in short-term particle pollution, which is generated in part by wind-blown (or leaf blower-blasted) dust.

James Fallows, in the April 2019 issue of The Atlantic, pointed out that, “By 2020, gas-powered leaf blowers, lawn mowers, and similar equipment in (California) could produce more ozone pollution than all the millions of cars in (the state) combined. Two-stroke engines are that dirty. Cars have become that clean.”

As for noise, it’s been posited that gas-powered leaf blowers operate at 80 to 112 decibels. That’s more than enough to inflame the citizenry; it also can terrify pets and wildlife.

Speaking of creatures, leaf blowers’ mighty blasts can also kill insects or wipe out their homes. The devices can be hard on tender plants, too.

However, leaf blowers have spared many an elderly or harried homeowner from having to drag a rake around. They can make yards look extra tidy (at least until the wind picks up). And they are a time-saving device heavily relied upon by lawn services, which typically are operated by low-wage earners who receive no health care or other benefits, and who might not be trained or eligible for any less-polluting line of work.

In summation, any sort of leaf-blower ban might lead to a quieter atmosphere but could well result in scrappier yards and more unemployment. Perhaps you would like to give this issue a few moments of further contemplation—at least until your thoughts are interrupted by “BUH-RAH-RRRRRR!”