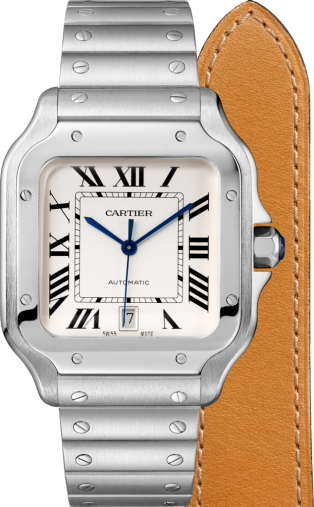 Sacramento may be known for its laid-back style, but the city’s high-end shoppers—many of them well-heeled globetrotters and Instagram-addicted fashionistas—haven’t been bashful about spending lavishly on fine jewelry. “We have never had a year of business like this, even prerecession,” says Daniel Farley, co-owner of Hamilton Jewelers Pavilions.

What are people buying? “Timepieces have been a very important part of our business,” says Farley. His under-40 clients in particular are seeking collector’s pieces that will last a lifetime. “They want a durable luxury item. I almost feel like it’s a reaction against some of the Apple timepieces where people just don’t want another device. There’s something nice about having a good timepiece on your wrist that just tells time.”

Farley says his younger clients often start with something like the Cartier Tank Solo steel watch, later graduating to more exclusive timepieces for a special occasion, often something showcasing diamonds. His clientele also tends to be pragmatic. “They want pieces that are more wearable, even if it’s a luxury piece,” he says, noting that he doesn’t sell much black-tie jewelry. “Our client tends to be more understated. They might wear a large diamond on their finger or a diamond pendant, but not a showy necklace.”

Farley travels to New York City at least once a month—he’s got an apartment in Greenwich Village—to preview pieces from jewelers like Cartier, Chopard and Fred Leighton and to discover emerging designers. “We make sure that what we deliver to a client who has a couple hundred dollars to spend is the same quality as a client who wants to spend a couple hundred thousand dollars.”